What Is Not Covered In Homeowners Insurance 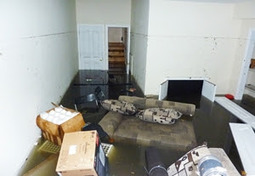 Most Americans have some sort of homeowners insurance policy in order to protect their most valuable asset: The home. Typically, homeowners also receive some liability coverage on a basic insurance policy and will get their belongings covered too. However, there is a limit on what is usually covered with insurance policies that some homeowners might not be aware of.

Flood
Some parts of the country are much more prone to flooding than others, but some homeowners might not know that flood insurance is not included on a basic policy. Homes in areas that are known to be floodplains or have experienced flooding before are often required by law to be protected with extra insurance. Homeowners might want to take that into consideration when purchasing a home in a new town. However, because flooding can be disastrous and expensive, it's important that homeowners invest in some coverage - even if they have never experienced a flood before. Even a few inches of water can cost thousands of dollars in repairs.

Nuclear damage
While some storms can wreak havoc on homes and create a ton of damage, nothing is more destructive than nuclear detonation. However, it is very unlikely that a nuclear explosion will happen, therefore insurance companies don't cover these damages or losses.

Earthquakes
Homeowners insurance will usually cover damage caused by big storms or natural disasters, except in the case of earthquakes. Though some states are more likely to have an earthquake than others, this insurance is typically a separate cost and is not included in a basic policy. Additionally, sinkholes are also usually not covered, because it's very unlikely that the earth will open up and swallow your house. Homeowners who live in states with porous surfaces or on fault lines should consider adding these coverages to their policy.

Pets
There are some cases when your homeowners insurance policy may carry over into your animal, like if your dog bites a neighbor, but for the most part, animals are not included. Liability coverage typically will cover a homeowner if someone gets injured or harmed on their property. However, not all types of animals are covered under this part of insurance policies, as some are more likely than others to cause trouble. For example, certain dog breeds are considered uninsurable because they are known to bite or cause significant damage to a home. Furthermore, if a home has a small koi pond somewhere on the property, insurance companies also will not cover the cost if a fish dies or pay for a replacement under a basic policy.

Future belongings and assets
When a homeowner signs up for an insurance policy, they will typically include the total value of their belongings inside the home. This can create an exclusion of items that are obtained after coverage begins. As assets grow, homeowners may need to expand their insurance policies for the right amount of coverage. While standard policies don't include future assets, umbrella policies accommodate for changes.