What Happens If I Have A Diesel Volkswagen? 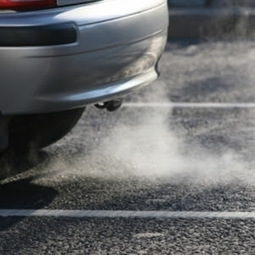 The scandal involving the emissions produced by certain diesel-equipped Volkswagens has dominated the news in recent weeks, and the fallout from the company's actions continues to expand. According to the Environmental Protection Agency, Volkswagen intentionally installed a system on many of its diesel vehicles that allowed the cars to cheat on emissions tests designed to prevent cars from creating excess carbon emissions, according to the BBC.

The accusations are serious, not only because of the environmental impact caused by the engines, but also because Volkswagen spent the last several years marketing its diesel engines as powerful, clean and fuel-efficient alternatives to engines that run on traditional unleaded gasoline. The EPA's findings reveal that Volkswagen lied about the engine's characteristics, prompting outrage among Volkswagen owners, who feel they bought their diesel-engined vehicles under false pretenses.

Although the scandal is still developing, individuals who own diesel Volkswagen cars that feature the offending engine may wonder what the EPA's discovery means for them. If you own one of these cars, it's important to understand where things stand and how your life will be affected by Volkswagen's missteps.

What cars are affected?
Currently, the EA 189 is the only Volkswagen engine known to be affected by the scandal, according to Reuters. This engine was featured in several Volkswagen models, including older Passat, Golf and Tiguan vehicles. This motor was later replaced by the EA 288, a new engine that Volkswagen claims did not feature the cheating software found on the EA 189 engines.

Even if the issue remains contained to vehicles using the EA 189 engine, the scope of this problem is enormous. It's estimated there are 11 million vehicles worldwide that use the EA 189 engines. That may not be the whole story, however, as Volkswagen has announced that it is currently investigating whether some models equipped with the EA 288 engine might also feature software designed to fool emissions tests.

If you own a diesel Volkswagen, you will want to learn whether your car features the EA 189 engine. If so, you will need to remain conscious of Volkswagen's efforts to improve the situation. Even owners of Volkswagen cars with more modern diesel engines should continue to follow this story, however, as the whole scope of the problem remains unknown.

What will Volkswagen do?
Because the investigation into what cars are affected is ongoing, it's not yet clear how Volkswagen will handle this situation. Currently, the biggest changes have been internal; the company replaced several top executives and has stopped selling vehicles with the affected engines. That's little consolation if you own one of the impacted vehicles, however.

It is clear that this will be one of the costliest recalls in history, according to Bloomberg. The company has already set aside more than $7 billion dollars to cover the expenses associated with the scandal and has admitted that this will not cover the total cost of making things right with consumers and regulators. The fixes the company has proposed include physical modifications to certain engines and software updates that will bring emissions in line with regulations.

While these changes will improve Volkswagen's standing with regulators, they may have a detrimental effect on the company's relationship with consumers. It remains unclear how the modifications will impact vehicles' performance, but Wired magazine speculated that the proposed alterations are likely to diminish both performance and fuel economy, two factors that spurred many people to purchase the cars in the first place.

What this means for you
If you are the owner of an affected vehicle, you must remain on the lookout for information from Volkswagen regarding the recall of your vehicle and what they intend to do about the scandal. The impact of this problem will extend far beyond any short-term fixes, however, as owners may find the demand for their cars on the secondary market is significantly diminished by the fallout from these events. According to Fortune magazine, owners may find the resale value of their vehicles has decreased by up to $5,000.

"Legal action is unlikely to be resolved quickly."

It's possible owners will have the opportunity to participate in a class action lawsuit that would allow them to recover some portion of that loss, but legal action is unlikely to be resolved quickly, and the eventual payout to affected owners remains unknown.

Impacts on insurance
The events connected to Volkswagen's cheating scandal are unlikely to change insurance premiums much for owners, according to Money Supermarket, because the emissions output of a vehicle does not factor into the insurance premiums an individual pays. While a drop in resale value might bring a slight decrease in premiums to owners, you would probably prefer to maintain your car's overall worth and pay your current premiums. If you are curious how these events will affect your premiums, use CoverHound to compare car insurance premiums from a range of providers.