What Do Autonomous Cars Mean For Auto Insurance 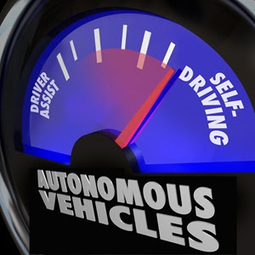 Autonomous cars used to be the stuff of science fiction, but vehicles that drive themselves are inching closer to reality. Electric car producer Tesla recently introduced automatic driving features in some of its high-end luxury vehicles. This move represented one of the first times that consumers were able to experiment with autonomous driving technology. While it's clear the tech has a long way to go before companies sell cars that lack steering wheels entirely, the future of self-driving cars seems bright.

Of course, every new automotive technology introduces new questions about insurance and how premiums will be affected. In the case of autonomous cars, there's the potential for increased safety and greater risk. As the technology develops, you may want to use caution before you take your eyes off the road.

Tesla takes baby steps
The new autopilot technology from Tesla is not a final solution. The system was rolled out as a beta feature in new software for some models of the company's Model S sedan. In its current state, the feature does not provide a fully autonomous experience. Instead, it offers a peek of what Tesla thinks vehicles will be like in the future. When drivers engage the autopilot, the car can navigate on roadways for itself, though Green Car Reports noted the vehicles cannot currently recognize stop signs and other road markers. That limitation means the autopilot is best used on the highway, and Tesla recommends drivers keep their hands on the wheel throughout operation.

The Tesla technology is based around several sensors present in the cars and aggregated travel data that Tesla collects about the routes followed by all the Model S vehicles currently on the road. This knowledge base allows the cars' software to "learn" over time, and represents an early effort to build vehicles that can respond to changes in the nation's roadways.

The potential for increased safety
Within days of the technology's introduction, videos emerged of drivers experiencing glitches that sent their vehicles toward incoming traffic, according to Autoblog. This vindicates Tesla's warnings about the software, and highlights the difficulties associated with creating self-driving cars. An ideal autonomous system has the possibility to eliminate accidents that are related to human error, but there may be a painful growing period during which autonomous cars still require a high degree of human assistance.

Despite the nascent nature of this technology, it is likely that a car you purchase in the future will feature some form of autonomous compatibility. The question is: How will that affect your insurance?

The effects on insurance
Simply, autonomous technology is too young to have a significant effect on how much people pay for insurance at this point. The people who drive Teslas are a very small portion of the market, and it's not clear that autonomous systems in their current form actually prevent accidents. The story may change as autonomous systems develop, however. If it can be proven that cars featuring autonomous driving tech are less likely to get into accidents, the Insurance Information Institute noted that things could change for the insurance industry.

While increased safety related to autonomous cars would not completely eliminate the need for liability insurance, it would probably decrease the amount insurers needed to pay out and thus lead to a decline in the average price of insurance. This shift might make coverage that deals with damage other than accidents more important than traditional liability insurance. Though it's not clear what the future will bring for car insurance prices, people who want to get the best deal today can use CoverHound to compare policies easily online.