What Are 80/20 Car Insurance Settlements? 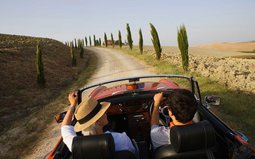 Despite our inherent impulses to finger point, not all auto accidents are cut and dry in terms of who was at fault. Sometimes both drivers are somewhat responsible for the accident, though perhaps not equally so.

A good use case of the 80-20 agreement is when one car rear-ends another. Obviously, it’s usually the fault of the driver in the rear for hitting someone from behind. He or she is usually driving too fast, not giving the lead car enough room and/or is not fully paying attention to the road.

There are attractive elements to 80/20 car insurance settlements. They can lessen the financial burden of an accident both on carriers and drivers’ insurance rates. Plus if one of the parties involved in an accident doesn’t have insurance, it doesn’t leave a single carrier on the hook for the entire cost of the accident.

There are also drawbacks. Some injuries take a while to present their symptoms; deciding to settle for either 80 or 20 percent could be a mistake if you develop, say, severe whiplash or back pain a few weeks down the road.

Also, more cynically, if some folks glean that a driver doesn’t have full insurance (or any insurance at all) they could try to force that driver into 80/20 agreement when in fact the level of culpability is more ambiguous. The thinking goes that the underinsured driver doesn’t have a carrier to fight for him, so why not extract the most money possible? Cynical, we told you.