Watch Out for Insurance Scams After Natural Disasters Like Wildfires 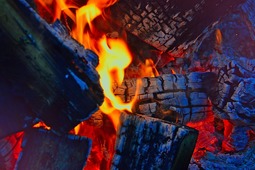 After the immediate danger of a natural disaster ends, homeowners are left with one question: Where do we go from here? The task of rebuilding your home and life is daunting. The period after a natural disaster can also be very confusing. All of a sudden people start coming out of the woodwork asking you to sign papers and make decisions.

It’s important to compare homeowners insurance quotes online before disaster strikes. The right policy will stand behind you in the aftermath of a covered event, salvaging your finances and helping you rebuild. But it’s also important to be mindful of who you trust during this delicate time.

A Warning to Wildfire Victims

Unfortunately, scammers attempting to prey on natural disaster victims has become an emerging trend. For example, the California Insurance Commissioner issued a warning to recent wildfire victims, saying, “be wary of unlicensed contractors and public insurance adjusters who offer help in exchange for a percentage of their insurance money.”

This is because people posing as legitimate professionals often proposition vulnerable homeowners after such events. A good rule of thumb is to be cautious of anyone offering fast or cheap solutions for repairing or rebuilding. Instead of jumping into the first contract you encounter, call your insurance agent.

Some homeowners are still feeling the fallout five years after Superstorm Sandy. After his New Jersey home accumulated four feet of water, one homeowner hired a contractor he thought he could trust. The individual was even state-approved to undertake such work.

But the project is still unfinished five years later, despite the homeowner pumping tens of thousands of dollars into it. Not only did the contractor act without securing important permits, but the family has since had to rent a home. It turns out the contractor allegedly scammed more than 30 homeowners for a whopping $1.9 million in the aftermath.

Protecting Your Finances After a Disaster

Cases like these demonstrate how some fraudsters add insult to injury by trying to scam innocent homeowners facing insurance claims. Because of this, homeowners must be extra vigilant in the days following a disaster. According to U.S. News & World Report, homeowners should:

Make sure you thoroughly vet any contractors you hire for construction, as well. Ask for a list of references and actually call them to obtain proof of past jobs. Make sure contractors have all their licensing and insurance requirements in line. Anyone who aggressively solicits your business is likely unscrupulous.