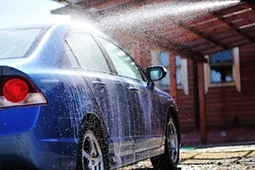 Recent government recommendations from the National Highway Traffic Safety Association are encouraging drivers to get a car wash to avoid facing serious brake problems. According to CBS Minnesota, the NHTSA wants motorists to wash their vehicles if it has been exposed to road salt.

After many reports of brake fluid leaks in older vehicles, the NHTSA conducted a five-year investigation on the rusting of pipes that carry brake fluid. According to the NHTSA, that rust is caused by prolonged exposure to road salt rather than any manufacturing issues, and it has led to the corrosion and failure of vehicle parts, mostly those involved with the braking system. Such damages can cause serious roadway accidents, not only putting driver safety at risk but also creating a potential for auto insurance disasters.

Which cars are having problems?
While all cars exposed to salt have a risk of rusting, the study was conducted on sports utility vehicles and pickups from Chevrolet, Cadillac and GMC as these models experienced the most issues, according to the Associated Press. Drivers of models from 2007 or earlier are the main targets for the NHTSA car-wash advisory because manufacturers didn't start switching from aluminum coating to nylon and plastic until after 2007. Also, those who drive in cold-weather states are more likely to have been exposed to highly corrosive road salt.

How to know if you have a car rust problem
Fortunately, rust is a visible sign of damage that can be detected with relative ease. The damages can range in severity, so it's important to know the difference between rust issues. Rust on the pipes that carry brake fluid is serious because brake failure can lead to a roadway collision. If you haven't been under your car to look for rust, there are other signs that mean you have a brake fluid leak. The brake warning lamp and changes in the feel of the brake pedal both can be signals that there's a bigger issue. If the pedal feels spongy or soft, you should get your car to a mechanic.

Rust isn't just a problem for the brake system, though. Corrosive salt can also cause rusting on the car's frame. Not only does it give the driver less protection in the event of a crash, but a rusted car frame has more potential to snap off while driving. This can lead to an accident for other drivers if parts of a vehicle land in their pathways.

The solution is to wash your car, and wash it often. The NHTSA recommended thoroughly cleaning the undercarriage of the vehicle after every winter and to wash the car several times during the season.

CoverHound is an easy-to-use resource for comparing auto insurance quotes.