The Perks Of Asking Your Insurance Agent For A Discount 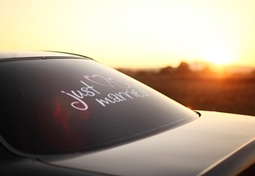 Despite the fact that many Americans qualify for a variety of car insurance discounts, the vast majority of motorists have not asked their agents about these rate reductions. According to a survey by Princeton Survey Research Associates International a mere 16 percent of drivers inquired about what kinds of common discounts they can receive. Motorists are much more likely to ask about discounts as they aged, with only seven percent of drivers aged 18-29 likely to ask about a discount, 20 percent aged 30-49, 22 percent aged 50-64 and 25 percent aged 65 or older. Even at the upper end of the age range, only a quarter of drivers asked about insurance discounts.

Laura Adams, the senior analyst at insuranceQuotes.com, encouraged every motorist to seek out potential discounts from his or her agent at least once a year.

"These discounts can add up to hundreds of dollars per year, and in many cases, they reward people for things they were already doing," said Adams.

With more than 80 percent of drivers not asking about what kinds of discounts they can receive, here are three options for motorists to contact their insurance agent about:

1. Driving less
The more you drive, the greater the risk you might get into an accident, which is why the fewer miles you drive, the lower your insurance premium might be. On average, a commuter who travels 5,000 miles annually can expect an average of an 8 percent decrease in premiums compared to a person who drives 15,000 miles annually. This might seem like an exceptionally high number, but the average American drives 13,476 miles per year, according to the U.S. Department of Transportation.

2. Getting married
Young adults who get married can qualify for discounts, yet only 13 percent of drivers informed their insurance companies of their marriage. The discount is highest for younger couples, as an unmarried 20-year-old will pay 21 percent more than his or his married counterpart.

3. Having the right job
Insurance companies have found that employees in certain sectors file fewer claims than in other fields. Quickenloans noted some companies take these factors into consideration even if they don't tell customers about it. For this reason, having a certain job, such as teacher, accountant or police officer, can get you a discount as well.