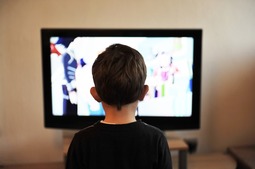 When we sit back and turn on the TV, we want to laugh, cry and be entertained. There are some commercials on the air though that we’re more than willing to sit through. Ask yourself this: have you ever stopped fast forwarding just to watch one commercial because you thought it was funny? Auto insurance commercials seem to be the most comedic out there. They can take the worst-case scenario and spin it into something hysterical. Check out five of our favorite auto insurance commercials below.

Allstate: Mayhem Lost Phone Basketball 2016 Final Four (2016)
Starting in 2010, Mayhem has been an audience favorite. Causing burglaries, blind spots and fire damage, Mayhem teaches his audience that you can never be too careful when it comes to insurance. And why is that actor (Dean Winters) so familiar? Fans of HBO’s Oz and Tina Fey’s Thirty Rock know him as Ryan O’Reily and Dennis Duffy. In this commercial, we learn the importance of keeping our eyes on the road and not the phone.

Cure: Auto Insurance 2016 Super Bowl (2016)
Part of watching the Super Bowl is to watch the commercials. It’s the one time that we actually want to watch commercials. This auto insurance Super Bowl ad features a father and son in a hospital room. The gray-haired father tells his son he has something important to say, and the story goes from there. It makes a dark period in someone’s life strangely humorous.

Farmers Insurance: Hall of Claims (2016)
Academy award winner, J.K. Simmons plays an insurance agent/professor type who is leading his young protégé through the “Hall of Claims.” This hall holds the relics of claims past and tells the stories of all of the bizarre accidents that Farmers Insurance has covered.

Nationwide: Impersonal (2016)
There are a lot of little annoyances in life, but the biggest is being ignored. One such person who shouldn’t ignore your calls in times of distress is your insurance agent. Like the expression goes “Nationwide is on your side.”

Progressive: Hype Man (2016)
We were first introduced to Flo with her “tricked out name tag” back in 2008. Since then, we’ve met her family, have watched her train new staff and have even seen what she was like as a kid. Where else have you seen Flo? The actress who plays Flo, Stephanie Courtney, has been in hit television shows like Mad Men and 2 Broke Girls. She was also cast in the short-lived sitcom Cavemen, inspired by Geico’s mid-2000s Caveman campaign. In this commercial, we see Flo trying to reign in her new trainee.

What is the main message all of these commercials have in common? Insurance protects your investments. Cover your assets today; compare auto insurance with CoverHound!