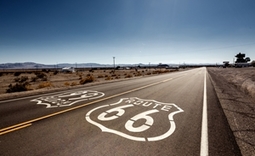 With literally hundreds of models to choose from, picking the right car can seem like an overwhelming decision. Luckily Consumer Reports' released their annual brand report cards to better assist potential car buyers in which models are the best in class.

While many companies release best-of lists and award any number of prestigious awards, CNN noted Consumer Reports is one of, if not the most respected voices in terms of trustworthiness when it comes to automotive purchases. This is due to Consumer Reports buying their own test vehicles instead of obtaining ones directly from automakers, as well as the strict no-ads policy for the magazine.

This year's winners
The best overall finisher of the year was Tesla's Model S electric car, which marks the second year in a row it has has earned the top spot. The car's over-the-air software updates greatly contributed to this back-to-back win, which means cars that were purchased two years ago still have many of the same features of a brand new model. Bloomberg noted that Tesla's Model S outperformed all U.S. vehicles, garnering high marks as a sports car, a luxury car and a battery-powered alternative to gas-powered cars.

While Tesla's Model S was the top model, Consumer Reports ranked Toyota's Motor Corp.'s Lexus as the best brand. Other cars that joined the rankings include the Volkswagen AG's Audi A6, as well as the Subaru's Legacy, Impreza and Forester.

Building better cars
One of the driving factors in the increase in quality homemade cars is that the public eye has been focused more directly on safety issues.

Bloomberg notes that in years previous, when problems resulted in defects, automakers had a tendency to sweep things under the rug. But nowadays they are no longer taking those chance and have instead begun to actually build better, more reliable vehicles for consumers.

"For years, domestic automakers built lower-priced and lower-quality alternatives to imports, but those days are behind us," said Jake Fisher, Consumer Reports' director of automotive testing. "Today, many domestic models can go toe-to-toe with the best imports."

When purchasing a new or used car, CoverHound is a quick and reliable way to obtain auto insurance.