Tesla Moving Into Both The Used And Self-driving Car Markets 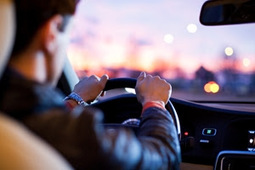 Tesla is making waves with recent reports that the company is looking to dive into both used and self-driving car markets. To keep up with other manufacturers, Tesla will expand its offerings.

Tesla has been left out of the secondary, used-car market because the company doesn't have a physical dealership, but rather operates online and sells directly to customers around the world, according to Business Insider.

Under its Certified Previously Owned (CPO) program, Tesla will be able to certify the quality of its own used cars and promote them to buyers. Used cars have a lower standard of expectations because consumers aren't necessarily sure what they might be getting, especially when buying through second-hand dealers.

Tesla on the other hand already offers top-of-the-line luxury vehicles, and the used cars it sells again are predominantly lightly used and still in very good condition. The lowered price for used cars will hopefully bring in an entire new customer base that wouldn't be able to afford a Tesla model previously, according to Business Insider.

"With the Model S fleet now heading toward the first cars hitting three years old, we are looking at CPO and how to best structure," said Tesla VP of Communications Simon Sproule, according to Engadget.

Tesla's self-driving cars
With the projected extra revenue from used-car sales, Tesla is said to be in the beginning phases of adding a self-driving car to its lineup, according to USA Today.

Tesla has long been a leader in automotive technology, including cars that run on electricity. Many industry insiders believe the company is transitioning toward self-driving cars as well - a move that has been relegated to only a handful of other companies, including Google.

CEO Elon Musk has already indicated his interest in autopilot and handling programs, including the ability for cars to correct themselves when they veer out of a lane, according to USA Today.

It's unclear how far along in the research process Tesla is or if the company is in fact committed to self-driving cars at all. Early reports suggests a new technological advancement is ready to be announced by Tesla in the near future, which many believe to be self-driving.

With two new ventures on the horizon, Tesla's market value will likely increase, as will the speculation surrounding its product rollouts.

CoverHound provides insurance quotes for car owners around the country.