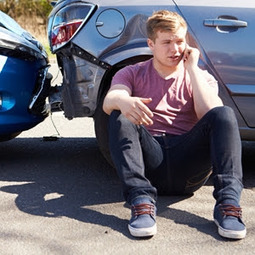 In a move to encourage motorists to get insured, a new law will go into effect in Tennessee next month tripling the fine for drivers caught without auto insurance. The state will bump the fine from $100 to $300 starting in July.

"There are a lot of people without insurance and hopefully the fine will give people incentive to get insurance," Tennessee Highway Patrol Public Information Officer Lt. Don Boshears told WVLT, Knoxville's CBS affiliate.

Cars to be towed
Violators' vehicles could also be towed starting next year under the new law.

According to an Insurance Research Council study quoted by legislators, 1 in 5 drivers in the state, or 1.1 million, do not have insurance, which makes it the sixth-highest rate in the nation.

The measure would also link vehicle registration with auto insurance under a new insurance verification program starting in 2017, which will alert state Department of Revenue workers if an uninsured driver tries to renew his or her vehicle tags and registration. Drivers won't be able to renew unless they show proof that they purchased coverage.

"We don't want to leave people stranded on the street with no way to get home," state Rep. Mark Pody told the Lebanon Democrat newspaper. "That's not the intention. But we do want to raise the seriousness of (driving without insurance)."

The act will raise fines incrementally for repeat offenders with suspension of vehicle registration being the final punishment. Those motorists with suspended registration will have to pay a $300 reinstatement fee on top of any fees not yet paid.

According to the Insurance Information Institute, the number of drivers without coverage in the country dropped from 15.6 to 12.6 percent from 1992 to 2012, with Oklahoma having the most uninsured on the road in 2012, the latest study year available. Almost 26 percent of Oklahoma drivers were driving without coverage. Massachusetts, the first state in the country to require drivers carry auto insurance, had the lowest number of uninsured at 3.9 percent.

Every state in the nation except for New Hampshire requires motorists to carry some form of auto insurance whether it be liability or full coverage.