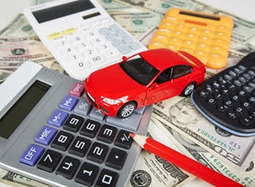 When it comes to auto insurance, it pays to shop around even if you already have a plan you like. Some auto insurers aren't so keen to give long-term customers a discount for sticking with them. In fact, drivers looking for a cheaper premium might be better off changing insurance agents every few years.

Consumer study
A new study by the Texas Office of Public Insurance Counsel found that customers who stay more than eight years with the same company run the risk of spending more than they actually need to on coverage.

"According to our data, the longer a policyholder stays with the same company, the more likely it is that they are overcharged," said Deeia Beck, the consumer counsel's executive director.

Drivers could save up to 19 percent every year if they switched insurance carriers. The study also found that drivers who stayed for eight or more years ended up paying more than those who routinely switched to a competitor's coverage plan. And for Texans with full auto coverage, that amounts to a savings of $194 a year, the study reported.

Agents will overcharge clients for a number of reasons, Beck said, because after getting insured, policyholders usually stick with their plans instead of researching the coverage and prices of their competitors.

A Deloitte Research report cited by the Texas Office of Public Insurance Counsel found nearly 40 percent of auto insurance holders stayed with the same company for more than 10 years. Meanwhile, 60 percent of home and auto policyholders admitted they never shopped around after buying the policy.

Price of loyalty
Loyal customers get charged more to make up for the expenses of gaining new business.

Another reason for insurers overcharging could just be testing how much a client is willing to pay, a method known as price optimization, said Carol Lachnit, an editor at auto website Edmunds.com, to Reuters.

"They're sort of measuring how likely you are to resist a price increase to your premium," said Lachnit.

Even if you already have coverage, it makes sense to continue to shop around for the same coverage at a better price. And it can't hurt to question your current provider about potential discounts to your premium. Some insurers will offer a deduction for good grades in school if you're a student, if you maintain a good driving record or if you have multiple policies with the company.

Keeping your eyes peeled for better rates and coverage for auto insurance doesn't have to be a chore. Check out auto insurance quotes and do some easy car insurance comparison on CoverHound's easy-to-use website.