Stay Safe On Your Motorcycle This Spring 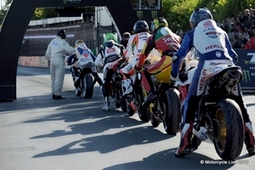 Many people are gearing up their motorcycles to enjoy the nice spring weather. Cruising down the highway on a bike can be a fun and rewarding experience, just so long as you keep the safety of yourself and others in mind. Motorcycle fatalities composed 13 percent of all motor vehicle deaths in 2013, according to the Insurance Institute for Highway Safety. While that number ticked down slightly from the previous two years, it still represents a dangerous trend of double-digit percentages plaguing the motorcycle world since the early 2000s.

Follow these motorcycle safety tips to ensure a smooth ride this spring:

Get a license: It might seem like common sense, but some people think riding a motorcycle is easy and anyone can do it without training. However, 26 percent of the total motorcyclists fatalities occurred to driver's without a valid license, compared to only 15 percent of passenger vehicles, according to the Insurance Institute.

Get a louder horn: Cycleworld extolled the virtues of having a loud horn over loud tail pipes. A horn let's you signal to other drivers that you're on the road, while a tail pipe only masks the sounds of other drivers.

Get brighter clothing: It's hard to ignore someone wearing a fluorescent orange vest or a neon green helmet. Stick to brighter colors to get your fellow drivers' attention.

Get blinking lights: Add some blinking clip-on LEDs to your bike, or if you can add a pulsating light instead, do it. These increase your visibility, especially in areas with minimal streetlights.

Get sober: Nothing's wrong with stopping at the local watering hole for a cold one after a long haul down the highway. But be sure to keep the beers to a minimum, since according to the Insurance Information Institute motorcyclists are four percent more likely than drivers of passenger cars to be involved in a fatal crash with a blood alcohol concentration over 0.08 percent.