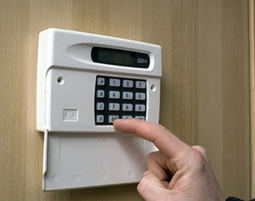 There is a lot to worry about when homeowners are away from their residence. They have to account for every locked door and window, hide valuable items and turn off any appliances that can cause serious accidents. Homeowners insurance provides a safety net in the event something occurs, such as a fire.

These worries may become even more profound if the family is out of the country and thousands of miles away. One family was overseas when police called them with grim news, and this story only reinforces the notion that every homeowner should have an insurance policy.

Teenagers wreck house
According to the Chicago Tribune, teenagers living in the Chicago suburb of Glenview, Illinois, allegedly threw a destructive party in an empty house. Police told the media they were searching for a missing 14-year-old boy and received a tip about his potential location. In the early morning hours of June 15, police arrived at the Glenview residence to further investigate.

NBC affiliate WMAQ-TV in Chicago reported officers entered through an open basement window and discovered many teenagers partying, including the one reported missing. They also discovered massive amounts of damage to the house's drywall, empty beer cans and more. According to WGN TV, a nearby neighbor said she saw a lot of foot traffic surrounding the residence. Kids were coming and going on their bicycles and playing basketball.

The homeowner, who had been in Korea, returned home after being contacted by the authorities. In addition to the structural damage, approximately $17,000 was reported stolen. Police have yet to file charges against the alleged suspects.

Break-ins are not a new crime, yet stories about teenagers breaking into a place of residence to party are not heard too often.

Insurance policies
Most insurance plans offer comprehensive coverage options. If a homeowner had deliberately smashed drywall, that damage would not have been covered. However, chances are high that costs may be picked up because police classified the crime as a break-in. Likewise, home insurance plans may have separate coverage options that cover high-value items.

There are multiple ways to deter future break-in attempts by teenagers looking for a place to party. Every homeowner will want to invest in some type of home security system, provided by the insurance company or another company. Expensive equipment is not necessarily needed either. Multiple options exist that enable a few cameras and an alarm to be set up and monitored from a smartphone. Homeowners will receive any notifications in the event of a disturbance. Homeowners should keep in mind, however, that insurance companies do not personally offer security equipment. Insurers assess discounts after installation.

If you would like to compare homeowners insurance policies, head to CoverHound to find the right plan.