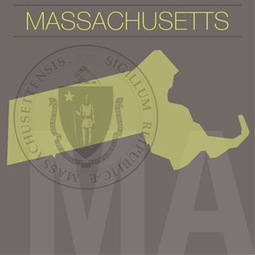 Maintaining driver safety is one of the most important facets of the motorists' experience. We spend numerous hours training and learning how to properly operate a vehicle in anticipation of obtaining a driver's license when we're teenagers. Then we spend the majority of our adult lives remaining vigilant on the road in an effort to stay safe and not cause any accidents.

While safety is always the primary concern for a motorist, there are other reasons to remain a good driver. The number of traffic accidents a person has will negatively impact their insurance policies and lead to higher premium rates. Over time, these higher rates can cost you a significant chunk of change.

Even if you try to stay as safe as possible while driving, you're still not the only the person on the road. You must drive alongside hundreds, sometimes thousands, of other motorists on a daily basis and there's only so much you can do to guarantee your own level of safety. However, if dealing with other people's poor driving frustrates you more than you can bear, consider relocating to an area with fewer driving fatalities.

States with safest roads
WalletHub recently released their 2015 Safest States to Live In rankings. In addition to ranking such factors as crime rates, workplace safety and the prevalence of natural disasters, the website took into account road safety as well. When ranking road safety rates, the company used three different factors to determine which states had the safest roads: number of fatalities per 100 million vehicle miles of travel; number of DUIs per 100,000 residents (based on number of arrests); and pedestrian fatality rates per 100,000 residents.

Safe roads affect insurance rates
Where you live can affect how much you pay for your auto premiums. According to Edmunds, insurance companies will track local trends of accidents to determine whether you're more likely to be involved in one. The higher the risk of your being in some sort of accident - whether it's your fault or not - will play a significant factor in the amount of money you pay for your insurance. This means those motorists who live in a state with safer roads will most likely end up paying less than those living in states with a higher percentage of accidents.