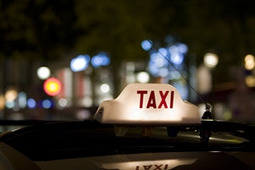 If you haven't seen a fluffy pink mustache on the front of a vehicle or heard someone mutter the word "uber," you probably will in the near future. Ridesharing applications such as Uber-X and Lyft are quickly rising in popularity in the country's metropolitan areas.

Boasting cheap rides for people in need of a lift, ridesharing companies are offering consumers an alternative to public transportation and taxis. Using smartphone apps, users can call a driver to their location with the push of a button and pay their driver for the ride by connecting a debit or credit card to the app. The convenience of this system has helped ridesharing companies take off in cities throughout the country.

However, some say the emergence of the ridesharing has led to a need for regulation in a currently unregulated mode of transportation. Some of the main opponents to ridesharing include cab companies unhappy with the rise in competition for consumers and auto insurance companies.

Ridesharing appeal
Most consumers find ridesharing to be more convenient than other conventional methods of transportation. Similarly, becoming a driver is relatively easy for some of these companies and can be a way to earn extra money if you own a car. In addition, many consumers enjoy the pricing and flexibility that ridesharing offers.

Illinois passes ridesharing rules
In response to the outcry from cab companies, two Illinois senators created a new bill that would change up the new industry in the City of Chicago.

WBEZ recently reported that the Illinois senate passed one of the strictest laws regarding ridesharing regulations. The bill was headed by Chicago cab companies, claiming their business has suffered since the emergence of ridesharing apps throughout the city.

The new rules propose regulations that would mandate drivers of ridesharing companies like Uber-X and Lyft abide by the same rules as commercial taxi drivers, thus evening out the playing field for cab companies. This would require drivers of these popular smartphone apps to undergo a background check in addition to receiving $350,000 worth of commercial auto insurance to provide coverage for the safety of passengers in the event of an accident.

Under current law, there is no mandate for ridesharing drivers to have commercial insurance, and instead are covered under the parent company's car insurance. However, WBEZ reported that such companies have been operating illegally, but the overwhelming public support has prompted lawmakers to legitimize the business.

In addition to having commercial insurance, ridesharing drivers will need to have distinctive registration plates and stickers. Insurance policies are more clearly laid out in the bill as well, eliminating the confusion of when the parent company's policy applies or that of the individual driver. Those who carry work more than 36 hours as a rideshare driver will also be required to have a public chauffeurs license, which means drivers will need to undergo drug testing and background checks like cab drivers in the city.

The bill will likely soon be presented to Gov. Pat Quinn to sign into law.