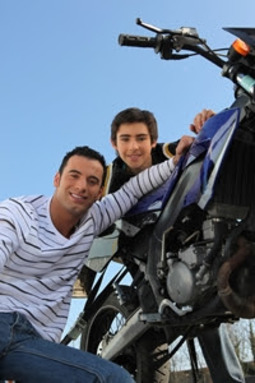 The parking lots around many businesses may have looked a little different on Monday, June 15. The motorcycle advocacy organization Ride to Work asked motorcyclists – and scooter owners, as well – to head to the office on two wheels.

Ride to Work Day has several purposes, the organization said. It shows that motorcycle riders represent a variety of occupations, and that these two-wheeled vehicles are useful for day-to-day transportation and not just recreation.

The event also serves as a reminder that it's important for drivers to stay aware of the two-wheeled vehicles around them. Warm weather brings more motorcyclists out to the roads and highways, and their risk of fatal accidents is especially high from May to September, according to the Insurance Institute for Highway Safety.

Also, whether you're a motorcyclist or a driver, be sure you have an insurance policy that will cover damages if you're at fault in an accident. Check out CoverHound to find car or motorcycle insurance options that meet your needs.