Renting Could Be More Preferable And Money-savvy For Some 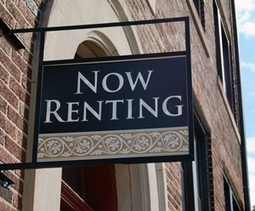 It seems like the old standby is to first rent an apartment in your early years and then move on to a house later on in your life. However, a lot of people, and especially those considered to be millennials, are choosing to rent instead of buy when it comes to living in a house.

The housing market crash in 2008 had a significant impact on renting prices and eventually drew a higher demand on places that were up for rent. While a lot of investors might say it's not the best idea to rent, you can actually save money through renting until you feel secure enough some day to purchase a home.

Being able to afford down payments
Another issue with younger generations as it pertains to owning a home is the massive down payment normally required during the homebuying process. According to Business English NYC, while certain people say it's better to spend money on a down payment than waste it on rent, some down payments can range from 30 to 35 percent of the total cost of a home.

Some people simply cannot afford these large payments and have to save up first before they make the move. These people are not alone because Axiometrics, a housing analytics firm, reported the national apartment occupancy in May 2014 hit 95 percent, which was the first time this occurred in six years.

Even after the housing market crashed, renting is still at some of the highest levels ever. To add to it, home ownership fell to a 19-year low, according to the U.S. Census Bureau.

Renters not just for millennials
Another surprising factor for renting versus buying is that in 2014, more than 44 percent of renters in the U.S. were former homeowners. That equals almost an 11 percent gain from 2012 figures, the U.S. Census Bureau reported.

Stan Humphries, chief economist at Zillow, explained in an interview with WBUR-FM that it's a tough decision for some people because so much goes into buying or renting a home.

"When you think about buying, there are tax benefits but there are a variety of costs that go along with homeownership," Humphries said in the interview. "On the renting side, it's a little bit more straightforward but you've got expectations about what rent prices are [going to] do in the future, renters insurance, things like that."

The economist added that people simply have to know what they want before they make the decision and something like a steady job that a person knows he or she will stay at could pressure someone to buy. However, when someone is ready for a career change, buying is the last thing a person should do, the source reported.,/p>

Saving the most money
One of the biggest reasons why people are deciding to rent over buying is to save money for other expenses as well. Kelly Phillips Erb, tax attorney located in Philadelphia, said homeowners are throwing away money just like renters are with massive mortgages that are front-loaded with interest, Zillow reported.

"People will search two years for a house but one month for an apartment," said Phillips Erb, according to the source. "I don't think the market is so inelastic at this point - depending on where you are - that you can't research where you want to be and figure out what you're willing to pay."