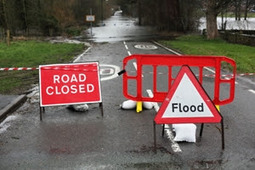 While nearly all homeowners know the importance of an insurance policy for their home, flood protection is typically not included in a general homeowners insurance policy. This means that owners need to purchase additional coverage to be fully protected from water damage. However, over the past few years, there have been many flooding incidents across the country, and premiums have risen as a result.

As a result of the Biggert-Waters Act put in place by Congress, many homeowners saw their rates for flood insurance rise rapidly over the last year. According to the Insurance Journal, about 1 million homeowners ended up overpaying for their insurance. The Federal Emergency Management Agency is acting quickly to bring those homeowners some financial relief in the form of mailed checks. FEMA expects to have these checks in transit by Oct. 1, sooner than originally planned. All financial refunds are expected to be completed by the end of the year.

The refund law
In response to the Biggert-Waters Act and its unanticipated consequences of higher premiums, Congress passed the Homeowners Flood Insurance Affordability Act last March, mandating that subsidies are restored, price spikes are stopped and refunds are given to about 1 million homeowners. According to the Insurance Journal, FEMA has said the average refund will be $100, though the amounts range up to $10,000.

The refunds are meant for homeowners who purchased a home after Biggert-Waters was enacted into law in July 2012. Similarly, homeowners who didn't have insurance prior to that date may be eligible for a refund, as well. The new premiums will be based on rates that took effect on Oct. 1, 2013.

There is no doubt that many homeowners will find these refunds to be a relief, as premiums rose quickly following the Biggert-Waters Act. However, rates may still steadily rise per the terms of the HFIAA, though at a more gradual pace. Homeowners who live in "flood prone" areas saw the biggest increases in their premiums over the last year, where most homeowners are required to purchase flood insurance. However, not all homeowners will see a refund.

According to the Insurance Journal, about 80 percent of those with flood insurance weren't significantly impacted by the Biggert-Waters Act, though some saw their rates rise thousands of dollars. Beginning Oct. 1, 2014, premiums for flood insurance will rise between 5 percent and 15 percent on average annually. No policy may increase more than 18 percent in one year as a result of HFIAA.