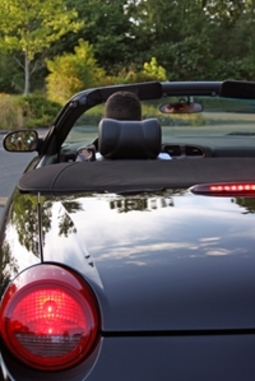 After combing through 12 billion miles of driving data culled from its usage-based insurance program, Snapshot, Progressive Insurance released a report detailing its findings. Entitled the Lead Foot Report, this is the first study available that uses the full range of the data gathered from Snapshot.

In its findings, Progressive discovered when a motorist travels 60 miles per hour, it takes approximately 12 seconds to completely stop the vehicle in the most aggressive fashion. When utilizing a more gradual approach to stopping a vehicle traveling 60 mph, it can take almost 40 seconds to halt forward movement. Since drivers tend to not slam on the brakes or begin stopping the car too gradually, the average motorist takes around 24 seconds to come to a complete stop. This is roughly six times longer than the typical four seconds of time driver's education instructors recommend.

The report also found the males who drive the safest tend to use the hard brake 77 times less than the most aggressive females.

According to Claims Journal, Dave Pratt, general manager of usage-based insurance for Progressive, said despite collecting billions of miles of data, the insurance giant is only just beginning to scratch the surface of the different ways to test, analyze and determine predictive behavior based on what the Snapshot data revealed. Still, their findings are indicative of the relationship between hard braking and accidents.

"After analyzing Snapshot driving data, we've found hard braking to be one of the most highly predictive variables for predicting future crashes," said Pratt. "We know that one of the main contributors to hard braking is tailgating, so we're using our data to help drivers be as alert and aware as possible on the road.