Protecting Your Car And Home From Hail Damage 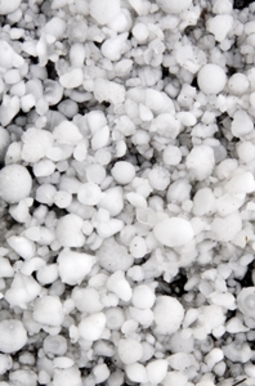 Imagine the kind of damage that could be done if a baseball was thrown at your home or car at 100 miles per hour, which is as fast as the average MLB pitch is thrown. Now imagine if, instead of just one, hundreds of baseballs, golf balls, marbles and the occasional grapefruit are thrown all at once, but they're made of ice. That's what a hailstorm can be like.

Hail typically forms when cooled water collects in a cloud during a thunderstorm and creates blocks of ice. When they become too heavy for clouds to carry, they're dropped to the ground at high speeds. Hail can damage everything from aircrafts to buildings to people that get caught in its path. Weather is relatively unpredictable, which also goes for the damage that it can cause. Dealing with the aftereffects of hailstorms leads to headaches for many residents, which can be an even bigger problem if their damaged home or car isn't insured for hail damage.

For your home, there are a handful of factors that come into play when determining if roof damage from hail is covered. If so, you'll be reimbursed for any repairs, either fully or partially depending on factors like the age of your home and the condition of the roof prior to the new damage. Your insurance provider will most likely send an inspector to verify if your claim is a result of hail damage or hail worsening an already damaged roof. Your amount of reimbursement, if any, will depend on the inspector's findings.

Repairing hail damage
If you want to take the opportunity to fix your car yourself, there are means to do so. There have been instances where dent repair kits, which can be purchased in department stores, have repaired hail damage to the point where the job practically looks professional. The kits come with a glue gun and stems for different-sized dents that allow the owner to get their car back as good as new if used properly. If the damage is too severe, or you don't want to risk attempting to fix it on your own, many auto shops are capable of repairing hail damage. There is also a belief that extreme temperature changes from hair dryers, dry ice and even the sun can fix dents until they pop themselves out.

Dealing with hail damage can be a troublesome task, but by making sure you're insured before a storm, you're making the transaction a lot easier on yourself. Use CoverHound as your go-to guide for home and