Prevent Home Fires During The Holidays 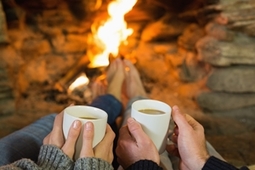 The holidays are synonymous with family, decorations and food, but the season has a dangerous undercurrent as well. Fire is an unwelcome part of the holiday season, and the results of a fire in your home can be devastating. In a survey of Connecticut residents, Allstate discovered that home fires increase nearly 38 percent during the holidays. That huge spike occurs for a number of reasons, and it's important for homeowners to identify potential problem areas in their homes and stop house fires before they occur. Even if a fire isn't catastrophic, it can still do a sizable amount of damage that will be expensive to repair. In addition to making sure you have homeowners insurance, here are some things to keep in mind as you prepare your home for celebrations this year:

Cook with care
Cooking is the leading cause of winter fires, according to the U.S. Fire Administration, and it's easy to see why. A kitchen presents plenty of hot surfaces that can easily contact a flammable towel or other surface and lead to tragedy. While there's no surefire way to stop all kitchen fires, you can make decisions that will prevent a fire from getting out of control. Critically, be careful about using the kitchen as a gathering place. While it's fun to get a lot of people in the kitchen, this can lead to distraction, and distraction can cause fires. In the Fire Administration's estimation, 67 percent of cooking fires between 2009 and 2011 began when food burned. Too many people in the kitchen might make it hard to focus on the task at hand, and that negligence could lead to a fire that is impossible to stop.

Know your fire
If you do have a fire in your home, take care when attempting to fight it yourself. The majority of non-fatal injuries incurred from fires occurred when victims attempted to fight the fire themselves. This doesn't mean that you shouldn't try to manage a minor fire on your own, but that you should do so carefully. Before the holidays start, replace your fire extinguisher with a new model to ensure that it will function in a crisis. Additionally, be aware of how different fires react to different substances. Throwing water on a grease fire, for instance, will simply intensify the blaze. Remain conscious of these distinctions to stay safe if you have to deal with a problem.

Keep warm intelligently
Heating-related fires are the second-most prevalent type, so be sure to keep things from getting too warm. One-third of these fires were caused by space heaters, the National Fire Protection Agency reported, and space heaters led to 81 percent of heating fire-related deaths between 2007 and 2011. For this reason, never leave a space heater unattended and be sure that it isn't in an area where it could tip over and fall onto carpet. Optimally, a space heater should be set far away from any cloth or fabric items and rest on a hard surface. While it might be tempting to leave the space heater on while you sleep, grab another blanket instead and keep the heater away from animals that could knock it down.

Be careful with the tree and lights
Christmas tree and holiday light fires are relatively rare, but they cause millions of dollars in damage each year, according to the National First Protection Agency. To avoid them, keep the tree away from any heating elements or open flames and ensure that it's mounted in a sturdy stand that can't be easily knocked over. When hanging lights, be sure to check the cord for any fraying or tears that could expose electrical currents to drapes or other fabrics.