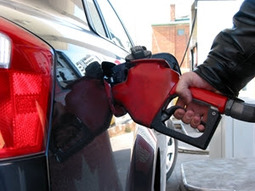 When you think of a diesel powered automobile, you may picture a huge gas guzzling truck and an expensive tab at the gas pump. But these types of vehicles have been a hit in Europe and are just starting to pop up in the U.S. These engines are friendlier for drivers and, as BankRate.com reported, produce a "low-sulfur version of diesel fuel, sometimes called 'clean diesel.'"

These automobiles are popular in Europe, as more than 50 percent of cars sold there have diesel engines, according to a report from the European Automobile Manufacturers Association, per BankRate. Although they have not reached the mainstream attention of U.S. manufacturers and consumers, these cars are a great choice if you're looking to get a new ride. Here are a few diesel engine cars that are popular on the market:

Mercedes-Benz E350 Bluetec
The E-Class is part of the Mercedes-Benz sedan lineup and can get up to 32 miles per gallon. A top-notch engine is not the only thing this automobile has going for it, as some of the built-in features include the Pre-Safe collision mitigation system, which uses electronic stability control sensors to assist with emergency braking.

Audi A6 TDI
With the ability to get up to 24 miles per gallon, you can rest assured that this diesel-powered car will give you plenty of bang for your buck. A roaring engine is just one component of this car, but Audi knows that a top-notch system is not the only thing that will make a car stand out. The A6 also features LED front and taillights that can illuminate your joy ride and heated front seats that will keep you toasty on those cold days.

Chevrolet Cruze Clean Turbo Diesel
Foreign cars are not the only models on the market that come equipped with a diesel engines. The Cruze debuted in 2013 and is fine, with its leather interior and Chevrolet MyLink system touch screen on the dashboard. It can organize all the services that you use while driving, including your iPod, phone and map.

Volkswagen Beetle TDI
This Volkswagen model is one of the more affordable cars on the list, so you don't have to worry about having a tight budget for auto insurance and repair costs. The suggested retail price is about $23,000, according to AutoTrader. The six-speed manual transmission and 236 foot-pounds torque will make your drive a comfortable one. The Beetle TDI is one of Volkswagen's hybrid models, but the diesel and 140-horsepower engine makes it stand out from others in the Volkswagen family.

Jeep Grand Cherokee EcoDiesel
The 3.0-liter V6 engine will make you go crazy if you're a motor head, but if you are looking for an automobile that does more than reach fast speeds, the Jeep Cherokee is for you. The EcoDiesel model has a towing capacity of 7,400 pounds, so you can use this bad boy to take out your camper or boat on the weekend.