One New Number Tells The Tale Of Homeowners And Renters 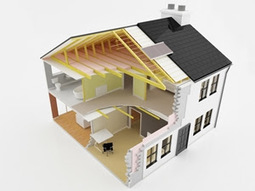 It's not every day that the U.S. Census Bureau releases a statistic that gives you an overview of nearly 50 years of American history and tells you whether your rent is about to change.

But July 28 was one of those days. And the interesting statistic was this: The homeownership rate in the U.S. has fallen to 63.4 percent. (That means occupants in roughly 63 out of every 100 homes in the nation own them.)

That's a big deal. As Time pointed out, 1967 was the last time so few Americans owned their home. The Beatles were still together that year, and color TVs outsold black-and-white boxes for the first time. If the homeownership rate falls just a tiny bit more -- which it will probably do – it will hit an all-time low.

"Though the Great Recession officially ended years ago, it's still affecting a lot of younger Americans."

Variety of factors explain homeownership number
A lot of people who would like to own their own home can't get a mortgage, according to Bloomberg Business. In addition, home prices are soaring, but workers aren't seeing their paychecks go up as quickly.

Though the Great Recession officially ended years ago, it's still affecting a lot of younger Americans. Many Gen-Xers were buying homes around 2006, when prices were at their highest. This left them poorly equipped to weather the recession, and many became renters again when they couldn't keep up with their mortgage payments, according to Time.

What these numbers mean for you
The low number of homeowners and growing number of renters suggest that younger adults are moving out of their parents' homes and setting up their own households in rented apartments, condos and houses, according to The Wall Street Journal. That's a good thing.

Also, relatively few homes in the U.S. - whether owned or rented - are standing empty. That means construction of new units will likely pick up, which will be a positive for the economy, the Journal reported.

On the other hand, if you're renting, your monthly rent is probably going to put a bigger dent in your bank account.

In a note to their clients, Andrew Hunter and Ed Stansfield, economists for Capital Economics Ltd., stated high demand will increase rent prices, according to Bloomberg Business.

"Our forecasts that rents will grow at an annual rate of 5 percent both this year and next would represent the fastest rate of rental growth since the 1980s," the note read.

You can't control the economy, but whether you rent your home or own it, you can improve your financial peace of mind by insuring your property. For a quick, easy way to shop for homeowners or renters insurance, come to CoverHound.