Ohio Is The Latest State To Allow For Captive Insurance Companies 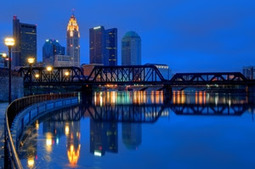 Ohio Governor John Kasich recently signed off on legislation that makes The Buckeye State the 31st to allow for the creation of captive insurance companies.

In enacting HB 117, Ohio legislators are permitting entities to operate under the umbrella of larger corporations, generally for the purposes of underwriting home insurance, auto insurance and other policies for their parent companies and other subsidiaries. A Forbes report detailed the proliferation of captive insurance companies in the United States, noting that Exxon Mobil Corp., Verizon Communications Inc., The Boeing Co., and Johnson & Johnson, among others, currently operate with captives, which underwrite risks covered by either a third-party insurer or their parent enterprise. In many cases, these corporations actually have several captive insurance companies that insure a range of exposures.

Ohio is the most recent state to revise its laws in an effort to attract commerce, as companies can urge greater business travel within the state and generate local tax revenue.

For tax purposes, captive insurance companies are subjected to state taxes in the same manner as any other local business. But their existence can offer mutual benefits for both the corporations under which they operate and the states in which they set up shop. Their parent companies can take advantage of several federal and state tax credits, depending on the size and nature of their functions and as long as they are properly structured. They may also be subject to additional costs for premiums, franchises and self-procurement.

According to the Captive Insurance Times, the number of growing captive enterprises has been especially beneficial to the property and casualty insurance industry, which had its most profitable year in 2013 since prior to the recession, in 2007.