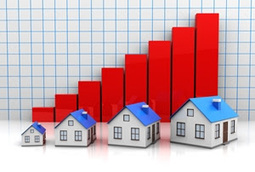 The hearing was necessary because Goodwin feared the potential rate hikes would be excessive and unfairly discriminatory, according to the statement from the commissioner's office. North Carolina taxpayers are facing an average proposed rate hike of more than 25 percent that would be effective come January, according to ABC affiliate WTVD. A majority of communities are looking at a 30 percent or more rise in homeowners insurance rates, and many beach communities could get hit with a 35 percent increase.

"With this increase, if it goes through, we're looking at six times higher," said Emerald Isle Town Manager Frank Rush, according to WTVD. "I think all of us at the coast expect to pay more for homeowners insurance but not five or six times higher."

The idea to raise prices came from local insurance companies represented by the Rate Bureau, even though many companies increased rates last year by an average 7 percent in the state. The businesses state the adjustment is necessary to cover projected claims, WTVD reported.

The hearing could last a few days, WTVD reported. The public is welcome to attend but will not have a chance to speak at the proceedings. There were more than 10,000 public comments submitted to the NCDOI earlier this year, and 25 people spoke in a meeting regarding the potential rise last January.

A final decision is expected to be made by January 2015.

Consumers concerned with their homeowners insurance rates should shop around for the best deal using CoverHound.