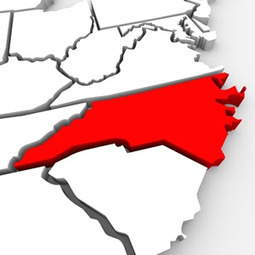 Auto insurance requirements vary from state to state, which can make it somewhat challenging for drivers to know what type of coverage they need, as there is no uniform national mandate. Furthermore, policy regulations change from time to time, which means drivers in some states may be paying more for car insurance than others.

In the case of North Carolina, drivers may soon see their rates rise, as a proposed bill would eliminate the current system of insurance price caps. What is being touted as the Good Driver Discount bill is being called out for potentially increasing the price of auto insurance by North Carolina Insurance Commissioner Wayne Goodwin.

North Carolina insurance operations
Under the current law, all drivers are required to have coverage for damages and liability in the case of an auto accident from which they are at fault. This includes coverage for an uninsured driver and a minimum liability amount for injuries and damage. Drivers are not required to have coverage for collision damage, comprehensive incidents, rental cars and towing. These options are typically available at a driver's own discretion and can be purchased in addition to the required insurance coverage.

Insurance rates currently capped
In North Carolina, insurance rates are capped by the insurance commissioner and further discounted by individual companies. There are more than 2,000 discounts for North Carolina drivers, according to the Island Gazette. The most common are for good driving, being a good student, having multiple cars insured, being a homeowner, having an auto-theft alarm system and having an airbag or safety device, according to the state's Department of Motor Vehicles.

This cap-and-discount process enables drivers to have some of the lowest policy expenses in the country, while being rewarded for safe driving and having a top-safety rated vehicle.

The new law would upset the system currently in place by removing the cap element. Drivers would still benefit from the insurance discounts they qualify for, but in all likeliness, rates will go up if the proposal passes. The bill would allow insurance companies in the state to opt out of the cap system and set their own rates. According to the Island Gazette, there are more than 150 insurance companies in North Carolina, making the industry a competitive one.

"This bill that has the title Good Driver Discount bill is misleading," Goodwin told Time Warner Cable News. "It's not about discounts for drivers or good drivers. It's about raising rates for most of most drivers in North Carolina."

Goodwin went on to say that the new law would provide insurance companies with too much power over what is currently a well-regulated system. Advocates of the bill say the proposed changes would increase the potential for good-driving discounts.