Nhtsa Under Pressure, But New Leadership Aims To Correct Course 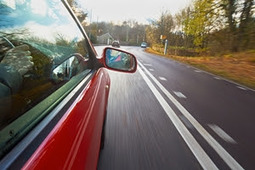 Judging from the recent string of problems coming out of the office, the National Highway Traffic Safety Administration is in desperate need of an overhaul, according to Reuters. The news source noted an internal U.S. Department of Transportation report has criticized the NHTSA for its failure to hold automakers accountable for problems with the nation's vehicles currently on the road. Among the problems the USDOT cited, it specifically mentioned faulty GM ignition switches and faulty Takata Corp. air bag inflators, both of which have placed a great number of motorists at risk.

The report, however, indicated much of the problem stems from the safety administration's lack of funds, particularly for its defect investigations budget. Transportation Secretary Anthony Foxx and NHTSA Administrator Mark Rosekind are currently in the process of requesting an additional $20 million to boost the $10 million budget the defect investigations team has had to make use of for the past 10 years.

However, the report also cited ineffective management, a lack of transparency in the administration's investigative process and an undertrained staff. All told, these problems are effectively paralyzing the NHTSA's ability to accurately do its job and keep the roads safe.

"Collectively, these weaknesses have resulted in significant safety concerns being overlooked," wrote investigators.

Improving safety
Despite these internal critiques, there are several reasons to believe the safety of the auto industry is back on track. According to another Reuters story, the new administrator, Mark Rosekind, is bringing a higher level of safety standards to the NHTSA. Rosekind took over the safety administration in January, and since then he has forced reluctant auto manufacturing companies to launch millions of recalls for faulty car parts.

Rosekind has a history of being a safety expert, and thus far his tenure has seen an increase in the administration's policy for implementing recalls. In May, the NHTSA announced the largest recall in history, involving the defective Takata Corp. air bags. In addition to that, the agency is scheduled to hold hearings on Fiat Chrysler recalls, with potential penalties reaching as high as $700 million.

In the past, different NHTSA administrators have focused on various aspects of the job, such as vehicle fuel economy. However, with Rosekind now firmly entrenched in the top spot, the agency is viewing safety and defective recalls as the top priority.

CoverHound provides quotes for auto insurance from its easy-to-use website.