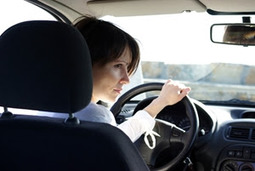 In the old days, if you missed a payment or two on your auto loan and auto insurance, your car could be repossessed and coverage canceled. This meant the repo man found where you were and towed your car away. If it was your insurance, you'd have to stop driving or you'd be breaking the law.

But now, lenders don't have to send someone to physically take the car, they just remotely turn it off. This is what Mary Bolender of Las Vegas experienced when she tried to take her child to the emergency room, according to The New York Times. Bolender got in her van, which she was a few days behind on payments for, and it wouldn't start.

The new devices are called automated collection technology or a starter interrupt device. These devices are installed in approximately 2 million vehicles right now, which isn't a surprising number considering the increase in subprime auto loans in the past few years, the Times reported. In fact, the interrupters are placed in about one-quarter of subprime auto loan vehicles in order to get a head start on collections and repos.

Opinions on the device vary
Many people feel the new technology is unfair and discriminates against people with lower incomes because many lenders will turn a car off after a payment is late only a day or two, according to St. Louis Post-Dispatch. It won't stop a car while it's moving, but for most of the devices, once they are initiated and the car's turned off, it won't restart.

Is it legal?
The legality of the technology is in question in some areas because of repossession laws, and many people feel the law hasn't caught up with technology. For example, some states require the lender to wait a certain amount of days before taking back a car, but companies may be turning it off sooner than that, according to the St. Louis Post-Dispatch. Other states require the lender to send a letter notifying the consumer of their default before repossession, which is something lenders may need to do before turning off a car.

Overall, the message from lenders is clear: Borrowers have to pay on time or they won't have the benefit of their cars. Consumers have always known it was crucial to pay their loan and auto insurance on time, but now they have to worry they won't be able to get home or to work if they're a few days late on payments.