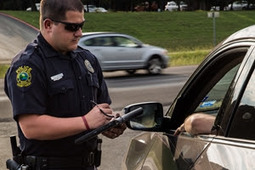 The summer is a great time to get together for parties, graduations and weddings. Many of these events will serve alcohol, and motorists need to be aware of the dangers of drinking and driving. According to the National Highway Traffic Safety Administration, alcohol-impaired accidents caused the death of 10,076 people in the U.S. in 2013. Anything to curb this number is a move in the right direction.

While drinking responsibility is always the safest method for motorists, a promising new automotive technology might stop drunk drivers from operating a car altogether. According to USA Today, the NHTSA along with the Automotive Coalition for Traffic Safety and the Driver Alcohol Detection System for Safety, a government-funded research organization, is on the brink of finalizing a prototype for just such a system. DADSS Director Bud Zaouk was optimistic about the potential to drastically increase safety levels for motorists, comparing the technology to the introduction of the seat belt.

"This is the single best opportunity we have to save lives," said Zaouk.

How it works The technology employs two cutting-edge approaches using both breath and touch. Sensors on the dashboard or steering wheel will detect the driver's blood alcohol levels in an unobtrusive manner. Meanwhile, either the car's start button or another designated area would use an infrared light scanner to measure BAC through the driver's skin. Neither method uses embarrassing blow tubes or digital displays.

While the technology is on track to be released in five to eight years, there are currently no plans to make it a standard feature on all new cars. Zaouk envisions the system as more of an optional safety feature motorists can choose to install in their vehicles. For now, though, the engineers are optimizing the system to ensure it provides the utmost safety.

"We are in the process of taking all of those larger prototypes and making them smaller, making them work in a vehicle environment," said Zaouk. "It has to be reliable day in and day out for the life of the vehicle."

Current state laws
Driving while impaired by alcohol is not only dangerous, but it can lead to a major traffic violation. While conditions vary between getting a Driving Under the Influence (DUI) and Driving While Impaired (DWI), in both instances it will adversely affect your auto insurance premiums. Many states mandate you obtain an SR-22, FR-44, or an FR-19 form that prove you carry a minimum amount of coverage.

Motorists with multiple drunk driving offenses are also commonly forced to install ignition interlock systems that operate similar to a breathalyzer and shut down the car if the driver blows above the legal limit.

Benefits
Not only will technology like this protect motorists and save lives, it has other financial boons as well. The NHTSA estimated alcohol-impaired driving accounted for $49.8 billion dollars in economic losses from lost productivity, medical costs, legal and court expenses and additional insurance administration costs. Alleviating the overall cost of drunk driving benefits all motorists.