New Move From Fha Could Make It Cheaper To Buy Homes 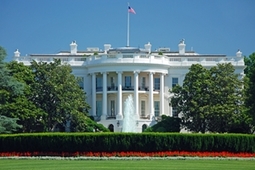 The White House announced on Jan. 7 that it will lower the premiums on Federal Housing Administration mortgages, potentially making it easier for first-time homebuyers to afford homes.

The government-backed mortgage insurance firm occupies nearly a third of the market and will reduce monthly premiums by 0.5 percent - a yearly savings of roughly $900. The announcement comes on the heels of several positive jobs reports and signs of the economic recovery finally hitting home for many Americans.

However, many low-income families haven't had adequate access to the real estate market because mortgages have been more expensive than in previous years, and credit accessibility has been harder, thus reducing the chance of Americans being approved for home loans. The White House noted that after the recession, the federal government began increasing insurance premiums for FHA loans to recoup some of the money lost in the downturn.

Now that the economy is performing better, President Barack Obama indicated it's time to roll back some of these rate hikes - affecting more than 2 million Americans. The current FHA mortgage insurance rate will drop from 1.35 percent to 0.8 percent.

New buyers to enter housing market
Roughly 800,000 current homeowners will see a reduction in their monthly premiums, and another 250,000 Americans will be able to afford homes for the first time, according to the government release.

Julia Gordon, director of housing finance and policy at the Center for American Progress, noted the new FHA law will help move more people into the housing market, potentially boosting sales and removing some of the more stringent money barriers on low-income families, according to Bloomberg.

"Lots of people have been locked out of the market, particularly lower-wealth borrowers and borrowers of color, by the high prices at FHA," Gordon said.

With greater affordability, real estate agents may see more activity in the coming months, especially once homebuying traditionally picks up in the second quarter. Further, a flood of new first-time homebuyers would be accompanied by the need for homeowners insurance.

With the money saved on their monthly mortgage payments, homeowners can expand their home insurance options by purchasing new policies. This will keep buyers' new homes fully insured and protected against any unplanned expenses or damages.

When buying a new home, it's important to budget insurance costs into the equation because a significant amount of money will go toward insuring your home over the years - perhaps more than you originally planned. Speak with your insurance provider to see how you can save on your home insurance.