Most Dangerous Cars Currently On The Road 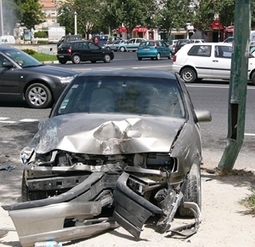 Late last year, the safest cars of 2015 were announced, and although this provided potential car buyers with a good barometer of what brands to keep in mind, a recent study by the Insurance Institute for Highway Safety proffered up which models sit on the opposite of the safety spectrum. Every couple of years the institute records the number of individual drivers killed in crashes while also providing the data from the previous studies so that drivers can compare these choices and purchase a vehicle that best suits their safety needs.

Nothing can adequately compensate for a driver's awareness and overall ability, but by choosing a vehicle with higher safety features, it can have a significant impact on decreasing your chances of being part of an fatal accident.

The most dangerous models
Fortunately, based on the IIHS study, researchers concluded that the average death rate due to automobile accidents decreased by 41 percent, from 48 deaths per million vehicles down to 28. Of the cars that had a nonzero rate, the Kia Rio had the highest incidence of death rates, at 149 per 1 million fatalities over the years the study took place (2009-2012). Following behind that, the Nissan Versa sedan claimed 130 fatalities per million while the Hyundai Accent had 120.

Many of the most dangerous cars had one glaring attribute in common: they were all the among the cheapest, entry-level models. Not all inexpensive automobiles made the list, but these did prove to be the riskiest options in serious accidents overall.

"The highest rates are in the smallest, lightest vehicles," IIHS spokesman Russ Rader told NPR. "It's Packaging 101: If the occupant compartment stays intact, the seat belts and air bags can do their jobs."

The silver lining
It's not all gloom and doom though. Despite the abysmal rankings for some models, there has been consistent improvements to vehicles all across the board. Eight years ago, when the institute initiated this same study, they did not find a single vehicle with a death rate of zero. Now though, due to advancing vehicle technology as well as the efforts of safety advocates, the number of models with a death rate of zero sat at nine, including the Audi A4 4WD, the Honda Odyssey and the Kia Sorento 2WD drive, among others.

"The complete elimination of traffic deaths is still many decades away, and along with vehicle improvements, getting there will require changes in road design and public policy that can help protect all road users," said David Zuby, the institute's executive vice president and chief research officer, according to autoblog.com. "Still, the rise in the number of vehicles with zero driver deaths shows what's possible."

By using a car that provides the safest driving experience, you can greatly reduce your chance for a car crash or worse. Regardless of how your car's safety ranks up, it's still no replacement for the proper auto insurance.