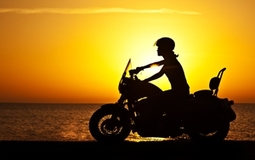 May marks Women Riders Month, and with more women hopping on motorcycles and hitting the open road than ever before, now is the perfect time to celebrate. Harley-Davidson is hosting garage parties all month and many organizations are sponsoring female-oriented initiatives to get more women on motorcycles.

If the recent numbers are any indication, many of these campaigns have been successful in the past. According to USA Today, women currently make up approximately 12 percent of the motorcycle owners in the U.S. While that might not seem like a significant portion, it represents a 28 percent increase over the past five years, making female motorcyclists one of the fastest growing demographics in the powersports industry.

Contributing Factors
There are many reasons to account for this sudden growth in female bikers. The freedom and independence of cruising down the highway is a major aspect drawing women to motorcycles. Many women are turning to bikes for the adventure they provide. And some women just want to conquer the fear of the unknown.

However, despite the allure of freedom and independence, one of the main factors contributing to an increase in women motorcyclists is the sense of community their fellow female bikers provide for them. Women Riders Now Founder and Editor Genevieve Schmitt said it's only natural for women to want to connect with one another, Fix.com reported.

"As a result there are hundreds of women's motorcycle riding clubs across the U.S. and Canada," Schmitt said.