Millennials Not Satisfied With Home Or Renters Insurance 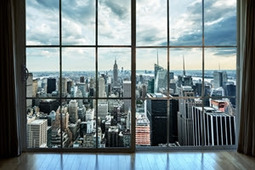 Millennials are most likely to be dissatisfied with their homeowners and renters insurance, according to the J.D. Power 2014 U.S. Household Insurance and Bundling Study.

The study addressed the satisfaction rates of a number of different cohorts regarding their overall experience with specific insurance types and providers. Millennials showed the lowest level of satisfaction compared to other age groups.

The average customer satisfaction rate regardless of age was 790 - an increase of 3 points since 2013. The report suggested that the increase in satisfaction may be due to the fact that average home insurance rates have stayed the same over the past year for 60 percent of respondents.

Some of the issues people had with their service were long wait times and the number of times their call was transferred to another member of their insurance company. The number of people who experienced these issues jumped more than 3 percent over the past year - a sign that points to a possible area of improvement for phone representatives and the insurance industry as a whole.

The J.D. Power study examined customer responses regarding prices, billing and payments, claims, policy offerings and interaction. More focus will likely be placed on the interaction aspect of customer service, as renters insurance satisfaction suffered because of poor interaction scores, according to the Claims Journal.

Why younger people shouldn't spurn insurance
Health and life insurance policies are commonly ignored by younger people because they don't see the immediate necessity of buying these products. However, almost every millennial has some experience with owning a home or renting an apartment. This makes it vital to have insurance because the negative consequences of not doing so are seen as more immediate.

Despite the fact that millennials now make up the largest portion of home sales and new rental agreements, many still go without insurance, according to the Claims Journal. Renters insurance is a particular area of concern because most people start out leasing apartments prior to owning a home.

Data suggests that 70 percent of renters don't have renters insurance, according to Property Casualty 360. Renters are frequently misinformed on the specifics of their rental agreement, which can have a negative carryover effect once they choose to buy a much more expensive home that requires several different types of insurance.

Perhaps lack of experience and responsibility factor into poor decision-making regarding insurance, but the consequences can be damaging. A landlord's insurance does not cover the property inside of a unit and many millennials don't want to pay for renters insurance, even though it costs an average of $185 a year, according to the National Association of Insurance Commissioners.