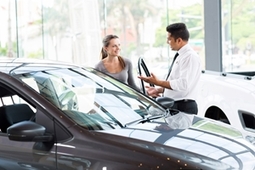 The idea that millennials don't want to own cars is turning out to be false. A study from J.D. Power and Associates found the generation born between 1980 and 2004 accounted for 27 percent of new car sales in 2014, which is up 18 percent from 2010, the Chicago Tribune reported. Although millennials are debunking the myth of not wanting to own a vehicle, there are differences in their preference of automobile.

Smaller and cheaper cars are preferred
Often dealing with college debt, millennials prefer small cars due to their increased affordability and easy operation in urban settings where most live. This generation encounters lower pay, a higher level of unemployment and more expensive college loans to pay off. Cheaper cars are their primary focus, especially following graduation. While many Gen Yers would prefer to buy a fuel-efficient and environmentally friendly car, these vehicles are not always an option due to their higher price.

Even though cars are expensive to buy, low-interest loans are making them affordable for the millennial generation. Smaller autos often require cheap car insurance as well, which saves money on the cost of insuring vehicles.

With that said, the millennial generation is now the second-largest group of new car buyers after their parents, the baby boomers. As the older crowd of millennials ages and starts to relocate to smaller cities and suburbs, they are more likely to not only invest in a car, but in a bigger and more expensive vehicle. This is due to having a steady income, as well as the prospect of starting a family. In addition, public transportation is more scarce in the areas they move to, leaving them with a car as their primary mode of transport.

While the percentage of millennials buying cars isn't large, the delay in purchasing a vehicle is often due to a now vs. then perspective: "now I live in a major city and can use public transportation to get around" vs. "then, I'll live in the suburbs and will need a car to get to my job and for my family." According to AutoTrader's Vice President of Research, Isabelle Helms, Gen Yers will account for 40 percent of car sales by 2020.

CoverHound provides affordable auto insurance for all generations from their easy-to-use website.