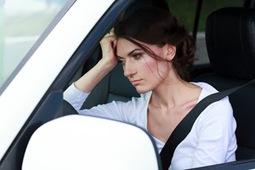 Living the single life may provide additional free time for you to take the opportunities to do what you want. Unfortunately, being unwed can also mean paying more in car insurance.

According to recent research by the Consumer Federation of America, Americans can pay widely different amounts for auto insurance depending on their marital status. The CFA surveyed six major insurers in ten major metropolitan areas and discovered four of the six companies increased rates on the liability coverage for widows by 20 percent. A fifth insurer sometimes raised the rates, while the sixth insurer did not alter the amount a person pays due to marital status.

The survey used a fictional 30 year-old woman who had been driving since she was 16, had no accidents or moving violations, earned a high school degree and who worked as a bank teller and owned her own vehicle. For each quote, all the characteristics stayed the same except for marital status. According to the CFA's research, this fictional motorist's rate varied by as much as 22 percent depending on whether she was married or not.

J. Robert Hunter, CFA's Director of Insurance, called on state insurance departments to examine insurer pricing more carefully, to reduce the number of non-driving factors in its pricing schemes since so much of the pricing has nothing to do with driving risks.

"Insurer use of 'price optimization,' which a number of insurance departments have recently prohibited, provides further evidence that insurers are using factors related simply to profitability, such as 'how much the traffic will bear,' in their pricing," said Hunter. "The result is that not only does insurance pricing become increasing [sic] exploitative, but also that lower income and minority drivers are charged the highest prices simply because of their socio-economic characteristics."

Healthy marketplace
While many people are outraged by the fact that a non-risk factor like marital status can affect the amount a person pays in auto insurance, many say that this particular quirk merely indicates a healthy marketplace, where insurers have the freedom to offer different pricing options that consumers choose to buy. In most instances, consumers are not locked into their plans and are free to choose whichever carrier they believe offers them the lowest price.

The Arizona Republic attempted to reach out to the individual companies to discern why this method was in place, but all the companies referred the news outlet to the Insurance Information Institute. Michael Barry, vice president of media relations for the III, spoke with the Republic about how insurance companies focus on actuarial statistics to determine their pricing schedules.

"The auto insurance industry has generally found that married drivers pose less of a risk to insurers than single ones," Barry said, before adding that this choice is a "consensus opinion that has emerged over a period of decades."