Is Renters Insurance More Crucial Than Ever? 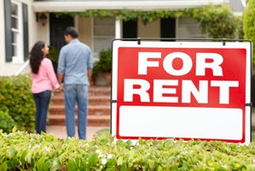 Homeowners must handle many different tasks, from mortgage payments to keeping tabs on homeowners insurance. Insurance coverage is a necessity when living in a house since it protects the homeowners' wallet if the structure sustains expensive damage due to weather or accidents. However, not everyone lives in a house. A large portion of the U.S. population can be defined as renters - those who don't own a house and make monthly payments to live in apartment complexes or houses. Yet, many renters do not opt for renters insurance, which, like other forms of insurance, is virtually essential.

This is an interesting time period for buyers and renters. Where housing prices are high, some may find it better to rent. This is all dependent on where someone may live, but one thing remains universally true: Renters insurance is a must have.

Renting becoming favored
Renting an apartment or house has long been the standard for the younger population. It is almost a rite of passage - graduating college and renting an apartment in a brand new city. But what about for those older citizens? How does renting affect wealth management?

According to a recent study from Florida Atlantic University, in conjunction with Florida International University, certain regional housing markets are becoming more favorable for renters than buyers in terms of wealth accumulation."

Wealth accumulation may involve distinct steps, according to Windgate Wealth Management. Those steps are making money, saving it and then turning it into an investment. Of course, some may find this easier said than done depending on income levels, housing costs and monthly bills. The two universities studied the Beracha, Hardin & Johnson Buy vs. Rent Index and found that near the end of 2015's first quarter, 23 cities were moving closer to favoring renting. For instance, the study named Houston, Dallas and Denver as areas where renting is the better option. Rent prices in these areas lag behind costs associated with buying a house and paying down a mortgage.

On the other hand, the study revealed four cities where it is better to buy a house and build up wealth. Those cities are Cincinnati, Cleveland, Detroit and Chicago. There are also several cities, including Miami, Los Angeles and San Francisco, in which both renting and buying a house are generally more expensive than in other parts of the country.

Start of the trend
The New York Times ran an extensive study on this subject in May 2014 and calculated that someone looking to spend $500,000 to buy a house may benefit over the course of seven years by renting a space for $1,956 a month or less. This was not the case from 2004 to 2006, when, according to The New York Times, owning a house was by far the smarter investment. The recession caused dramatic and widespread home price depreciation. With interest rates having last been raised in 2006, buying a house is a still a great choice. Yet, some have cited excessive housing costs as a cause of more people deciding to rent.

"It just seems like the housing market came back so strongly, so fast, that maybe there's a little bit of a bubble there," said Billy Gasparino, a San Diego Padres executive whose family recently sold its Los Angeles home for nearly twice the price they paid four years earlier.

It remains to be seen whether this trend will hold up if the Federal Reserve increases interest rates in the near future. Newly minted renters may not think much about wealth management right away, but it is an area that should be taken seriously. People will get a better understanding of building wealth after deciding to rent or buy.

Renters looking to build up wealth will want to purchase renters insurance. Policies are typically not expensive and offer great coverage. In the event of an accident or theft, the damaged and/or stolen items are covered. A renter's savings will take a huge hit if something occurs but there is no coverage.

Renters curious about insurance policies should head to CoverHound to compare various options.