Is Premium Gas Better Than Regular? 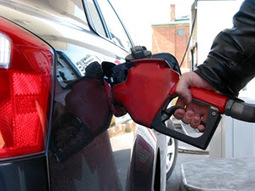 When pulling into a gas station, a driver usually has three fuel options: regular, super and premium. Regular is the least expensive and premium the most. Many drivers who fill their tanks with premium can't help but wonder what would be the harm in using regular gas and saving a couple dollars?

The drivers who use premium usually do so for one of several reasons. The car manufacturer might require or recommend using premium. Other people use premium because they believe it will make their car faster or more efficient, according to Business Insider. The truth is, only cars that require premium gas benefit from using it; the others can feel free to switch to regular without fear of negative consequences.

"Only cars that require premium gas benefit from using it."

What is premium gas?
Gasoline is made of hydrocarbons, a compound of hydrogen and carbon. Car engines run on octane, which means there are eight carbon atoms and eighteen hydrogen atoms, Scientific American reported. According to Business Insider, octane is mixed with additives to reduce carbon buildup in the engine, allowing the gas to work better and to produce a higher octane rating. The octane with a higher rating is able to withstand greater heat and is created for high-performance engines - this is labeled "premium" at the gas station.

A car's engine works through a series of explosions and the movement of a piston. As the piston moves down, a cylinder will fill with gas and air. The piston begins to move up again and the contents of the cylinder are compressed. At the top of the piston's rotation, a spark plug causes the explosion and drives the piston back down - the beginning of the cycle. If a high-performance engine is using a lower-grade octane, the spark usually goes off at the wrong point in the piston's cycle - before it reaches the top again. This is called "knock," and it is damaging to the engine. This is why some car manufacturers will recommend or require premium gas on certain cars.

Switching from premium to regular
If a manufacturer recommends premium gas, it sounds like a lower octane gas might be damaging. According to Edmunds.com, many cars have engine control systems that will look out for knocking. If knocking begins to occur, the engine will adjust itself so the lower octane fuel won't harm it.

Older cars aren't likely to have this system. In these cases, it really is better to spend a couple extra dollars on premium gas. In the long run, a damaged engine could be more detrimental than paying for expensive gas. This isn't just the case in older cars, though. Even though many newer cars have an engine control system, there are still some recently made cars that require premium gas. Before switching, its best to consult the car's handbook to see if premium gas is required or recommended.

For those who insist their cars run smoother or quicker with premium gas, they are right - to an extent. According to Edmunds.com, using premium gas can help the car accelerate more quickly. However, the website explained that it's unlikely the driver would notice the difference because it's so small. A Massachusetts Institute of Technology chemist, William Green, told Scientific American that, since most modern engines are designed to be compatible with lower-octane gas without knocking, paying for premium gas is a waste of money for the majority of cars driven today.

Taking care of your car and its engine are important, but it's also good to save money when it doesn't cause any harm to the car. Make sure your car is protected with car insurance that meets your needs. Compare car insurance rates on CoverHound's website.