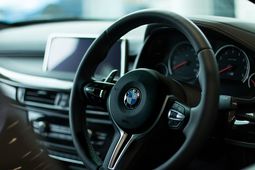 Smartphones have seemingly taken over the world. People are too often transfixed on the small screens in their hands, barely paying attention to the world around them. This is pretty benign when they're seated in a coffee shop. But it's another thing altogether when they're at the wheel of a vehicle. The result? Distracted driving adversely affects commercial auto insurance premiums.

In a recent study, Cambridge Mobile Telematics found phone distraction is now the root cause of some 52 percent of car accidents. Meanwhile, the frequency of collision claims has also skyrocketed in the U.S. over the past several years. This has auto insurance companies experiencing record payouts.

Interestingly, however, another factor in the rising cost of claims is the added complexity of modern cars. For example, replacing a windshield used to be a pretty simple thing. You'd just pop in the new glass and connect the radio antenna (if it had one). Windshields now have multiple sensors for everything from automatic wipers to lane-keeping assistance. While those tools do help drivers avoid accidents, they are also more expensive to repair when accidents happen.

When Costs Rise, Premiums Do Too

Insurance companies are all about managing risk. When a risk proves to be less manageable, insurers will charge more to offset potential expenditures. The Boston Globe reports policy providers in Massachusetts received approval to raise rates by up to six percent for 2017. Some drivers are seeing even higher increases. Further, this marks the second straight year of steep increases in the state. Rates in 2016 jumped by up to nine percent on average. Further, distracted driving, as the cause of fatal accidents, was up 8.8 percent in the state between 2014 and 2015. According to the National Highway Traffic Safety Administration, distracted driving killed 3,477 people in the U.S in 2015.

To avoid becoming one of those statistics, keep your eyes and your mind on the road. It's easy to be lulled into a false sense of security on the highway. However, situations can (and often do) change in an instant. A five-second glance at your phone at 60 miles per hour can cause you to miss 146 yards of travel. Basically, checking a text message at high speeds is like driving the length of a football field and a half—without looking.

So, do everybody (especially yourself) a favor: train your drivers to hang up and drive. Now here, it should be noted the smartphone isn't the only culprit in these situations. Other distractions include eating while driving and adjusting secondary controls (like the audio system) with vehicles in motion.

Telematics can also help companies track their commercial drivers' habits to ensure they're staying safe and alert on the road.

While distracted driving definitely affects commercial auto insurance premiums, you can take steps to make your drivers safer on the road. This, in turn, will help you keep your insurance costs in line.

Another thing you can do to save is let CoverHound help your business find a policy with affordable rates. Investigate your options for free!