Is An Electric Car Right For You? 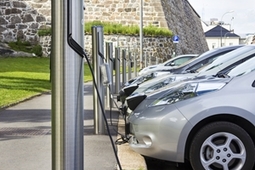 In the past 10 years, many technological advancements from science fiction have invaded our everyday lives. We now carry pocket computers that can make video calls, can listen to music on wireless headphones and stream television over the internet. The electric car is just one more element from science fiction stories that has infiltrated reality, but this technology remains relatively new and undeveloped.

That said, it's now possible to purchase electric cars from a range of manufacturers, and while each vehicle has its own pros and cons, this class of vehicles is developing rapidly. If you're an adventurous type, you might consider putting an electric car in your driveway. Before you pull the trigger on that emissions-free ride, it's probably best to weigh the promise of electric car technology against the reality. Prior to heading to the dealership, signing on the dotted line and buying car insurance, read through these tips to see if an electric car is the best option for you:

What's an electric car?
Electric cars can be either entirely or partially electric. Hybrid cars combine a gas engine with an electric motor to eke out better fuel economy and improve performance. While these cars dip a toe in futuristic waters, they do not require owners to make the same compromises as a fully electric vehicle. If you want to reap some of the efficiency benefits of electric vehicles but are not ready to deal with the shortfalls, a hybrid is probably the best option.

Buy an electric car if you like the environment
In the long run, electric cars are probably better for the environment than their gas-burning cousins. An electric vehicle doesn't produce any carbon emissions when driven, which is a definite plus for Mother Nature, but these cars pull all their energy from the electrical grid. Slate pointed out that the power plants that send electricity to your home might not be particularly green, and a large number still burn coal to create power.

That means that charging your electric car could be bad for the environment, no matter how eco-friendly actually driving the vehicle is. To understand whether your car is truly "green," you'll have to research where the power in your area originates.

Don't buy an electric car if you like road trips
While electric carmakers have consistently improved the distance their vehicles can go without being recharged, electric autos are still unable to match the speedy refueling of traditional gasoline-powered cars. Getting a full charge in an electric vehicle can take hours, according to gadget blog Pocket-Lint, and even with that time, the vehicle's range is often far less than a traditional car. While it's possible that the coming years will bring updated networks of charging stations that eliminate range anxiety, electric car ownership means adding extra hours to any long-distance road trip.

Consider the price
Generally speaking, electric cars will be pricier than a traditional gas guzzler, according to Real Business. While you might be able to make that difference up over time thanks to the fact that electricity is cheaper than gas, those savings will only take effect over the long term. It could be best to wait a few years, as prices will undoubtedly drop for new electric cars in the future.

If you're still interested in an electrifying take on driving, test drive one of these unique vehicles to see how driving will change in the years to come.

CoverHound offers an easy way to compare car insurance rates for electric and gas-powered vehicles on its website.