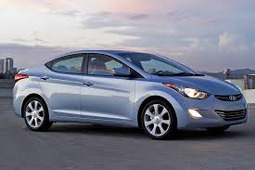 The Elantra is known for its luxury amenities that are more typical of compacts in the $30k price range, and not one that, according to TrueCar, consumers are paying just $17,390 for the latest installment. While others in its category such as the Cruze, Civic, and Focus may have a reputation for better durability, Elantras continue to sell like hotcakes, the 5th best selling car in 2013.

How does the Elantra fare from an insurance perspective? Our insurance experts at CoverHound have taken a closer look.

Insurer’s determine the insurance cost of a given vehicle based on the following four categories: safety ratings, theft rates, replacement costs, and overall damage susceptibility.

The Elantra sells well not only for its good fuel mileage and strong amenities, but also for its superior safety rating. The NHTSA has given the Elantra its highest safety rating (5/5) each of the last two years. Insurers watch these ratings closely and will discount the cost to insure vehicles that will result in less incidents of bodily injury.

Recent data from 2010 suggests that the Elantra has theft rates that are slightly higher than the average. 1.28 out of every 1,000 Elantras were stolen in that calendar year versus an overall average of 1.17 for all vehicles. The slightly higher than average theft rate may be attributable to the fact that the Elantra is a good choice for urban environments more conducive to theft.:

Given the sheer ubiquity of Elantras driven in the US, replacement parts can be easy to come by, and thus, are cheaper. This combined with the Elantra’s sometimes excessive use of plastic, make it better than average in the eyes of insurers in terms of replacement costs.

Insurers rely heavily on government data, via the NHTSA, reporting on relative insurance costs of vehicles involved in a collision. The Elantra has an index of 125, which is significantly higher than the overall average (100) and slightly higher than other vehicles in its category (119).

We’ve looked at countrywide average on what it costs to insure the Hyundai Elantra for our customers on CoverHound: