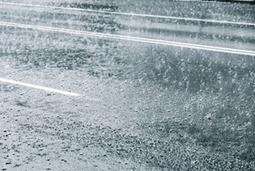 Homeowners in Twin Falls, Idaho, have had their insurance claims rejected after the city's sewers flooded their homes on Aug. 6, according to Insurance News.

The city experienced four inches of rain, which overflowed the city's sewer system, causing the water to flood into nearby homes and inflict significant property damage. As some homeowner insurance policies do not cover natural disasters, tenants filed claims with their respective insurance companies hoping to get money from the city, but were turned down.

The Idaho Counties Risk Management Program (ICRMP) says it is not the city's fault that the sewers flooded, but rather it was the heavy rain that caused the damage. The city labeled the the problem as "an act of nature", which then disallows some people to be covered under their homeowners insurance.

"The city drainage systems and sewer lines simply could not maintain or drain the amount of water that fell in such a short amount of time," said the ICRMP in a release to homeowners. "This incident would be considered an act of nature."

Many in Twin Falls are upset that their city is pushing the problem onto them, as opposed to paying for the damage done.

"It's their sewer," said Twin Falls resident Mark Mills. "For whatever reason, it backflowed into my house. It shouldn't be my fault."

The problem with coverage
Because every insurance policy differs, some homeowners are covered in certain situations while others are not. In the case of Twin Falls, residents were not covered by homeowners insurance, which can be common.

Simple issues that are associated with flooding, like mold, sewer backup and burst pipes, are not always covered by traditional insurance, according to Bankrate. Homeowners insurance does not cover all the damage to your home, even if it is beyond your control, or if you are not at fault. Additional coverage would have to be purchased in order to fully insure your home. A flood insurance rider could have been an option for homeowners; however, flooding does not usually occur in Twin Falls. This was the worst storm in 100 years, according to Insurance News.

Being aware of what is and isn't covered under your homeowners insurance can help settle coverage issues before it is too late. If you live in a high-risk area for natural disasters, then stronger coverage and additional riders would be a good option.