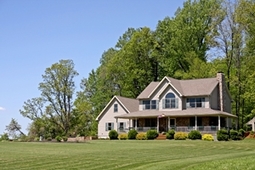 New Gallup data released in December indicated housing satisfaction rates declined in 2013, continuing a trend that has been present since 2008. The downward trajectory is largely due to the lack of affordable housing for billions of people around the world. Prior to the global recession, home values soared while many nations still struggled to rein in prices to reasonable levels. The result is that people have less access to housing in their respective price ranges.

In 2013, only 51 percent of respondents were satisfied with their housing options, a 5 percent decline over the previous five years. In conjunction with pressure on wages and slowly recovering economies, residents of particularly hard-hit countries find it difficult to meet stricter lending criteria.

North America performed best in the survey, with satisfaction rates at roughly 70 percent.

The downturn not only affected present homeowners, but also the millennials who grew up in the midst of the recession. MarketWatch noted millennials are putting off homeownership longer due to worries over inflation. Younger generations are also less likely to engage in risky stock investments - both of which affect real estate trends and the level of homeownership.

Reducing insurance costs
Consumer hesitance and dissatisfaction with homes largely stems from the price factor. Part of this problem relates to insurance that must be purchased. Homeowners insurance for certain buyers can be especially expensive.

For first-time homebuyers, insurance may be pricier because companies may view them as more of a risk due to their lack of homeowning experience. However, there are numerous ways for people of all ages to lower their insurance bills.

USA.gov suggested having a good credit score and installing new security systems as good options for homeowners. Insurance providers will do a thorough background check of your past financial records to determine your capacity of paying off debts and remaining financially solvent. If it becomes noticeable that a homeowner isn't a particularly trustworthy investment, then his or her home insurance will likely be higher. By improving one's credit score and keeping personal finances on track, insurance costs can be reduced.

Additionally, outfitting a home with an updated security system is a great way to not only protect against break-ins, but also to garner an insurance discount at the same time. By preventing vandalism, theft and property damage, homeowners will file fewer insurance claims, which means providers don't have to pay out as much money. This can lead to a discount, thus making insurance cheaper and homeownership a more feasible option for millions of people.

CoverHound offers real-time insurance data for consumers in the U.S.