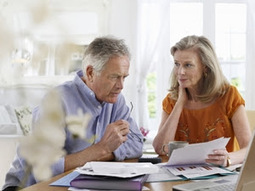 More than one insurance agency in Illinois has stated citizens of the state may see their auto and  home insurance rates rise.

According to J.T. Dozier of Dozier Insurance, homeowners insurance rates could increase 3 to 8 percent in the near future because of more claims related to wind storms, according to NBC affiliate WGEM.

"Companies either have to increase their premiums, decrease coverage or increase deductibles," said Dozier. "Or sometimes a little combination of all of them. We're seeing with most of our companies higher minimum deductibles especially with wind and hail claims."

State Farm raised rates in Illinois earlier this year. Homeowners insurance plans saw increases of about 4.9 percent, according to Crain's Chicago Business. The reason for the hike was the increasing cost of building materials and labor, as well as weather-related claims.

Don't sit idly by
If you're worried about the price of your homeowners or auto insurance policy, contact your local insurance agent to discuss discounts. You can also switch to a higher deductible if you need to keep your premium costs low. Additionally, research other options in your area through Coverhound. Your current plan may be your best option right now, but you won't know until you look.