How To Import A Car 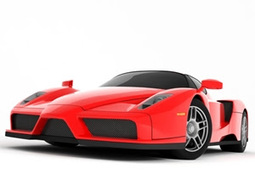 For many car enthusiasts, finding the car of your dreams means you are willing to go the distance to get your car from the dealer to the driveway. This move is relatively easy when your car is sold in America. But what about cars not sold in the U.S.? Well, that's when things get tricky. Importing a car is a complicated process.

The easiest imports take place when an Independent Commercial Importer doesn't have to get involved. An ICI is someone who has been educated on the Environmental Protection Agency's guidelines for car regulations, is certified by the EPA and works independently from the original manufacturer. When an ICI imports a vehicle, he or she will modify the vehicle so that it follows the rules the EPA applies to cars in the U.S.

There are several ways a car can be imported without the help of an ICI:

1. If the car is a U.S. version. How can you tell? If it's a true U.S. version, meaning it was built with U.S. standards in mind, there will be a label on the engine that explains, in English, that the car follows all of the Environmental Protection Agency's guidelines.

2. If the car is exempt from emissions requirements. There is a simple table in the EPA's Procedures for Importing Vehicles and Engines into the United States manual that will help determine if your car is exempt. For instance, if your car is a light-duty car that uses gasoline rather than diesel and it was built before 1968, it's excluded from the requirements. If your car uses diesel, it would need to be built before 1975 for it to qualify, or 1977 if you are importing a diesel-fueled truck.

However, for each of these cases, if the car has been modified or altered in any way, an ICI likely will need to get involved.

Working with an ICI
If importing your car means you will have to get in touch with an ICI, it is important to ensure that there is a certified and available ICI willing to work with you. Importing a car through an ICI will bump up the cost of your import, so be sure that you are able and willing to pay for the extra fees. Keep in mind that ICI's have limitations on how many cars they can import in a year.

When you import your car through an ICI, the ICI will bring the car through customs and will not release it to you until it fully meets EPA standards.

Dotting the i's and crossing the t's
When you import your car, Customs and Border Protection will require several forms from you. Of course, you will need all the paperwork associated with the car itself, such as any foreign registration and the bill of sale. Next, you will need to fill out the EPA Form 3520-1. This is the form that states how the car will be imported - this is where you indicate whether it's a U.S. version or if it's exempt from emission standards, or otherwise. Make sure you have any letters you might be asked for, such as with a Canadian version car identical to a U.S. version. The U.S. Department of Transportation also requires that a customs broker be provided a completed HS-7 Declaration form at the time of import.

Making plans
Before you decide to import, make sure you have planned every step of the way. If you don't need an ICI, you will have to bring it through CBP - a customs agent is not authorized to do so. If you can't be there, though, you can hire a CBP broker to stand in your place. If you do need an ICI, they will have to bring it through customs themselves. Make sure you have arrangements already in order with an ICI before you make arrangements for the car to ship. Finally, talk to the shipper to find out when the car went out and what day it's due to port. This will make things easier on everyone.

Bringing your car home
Once your car makes it to the States safely and through the proper procedures, it is finally yours to show off to your friends and family. You worked hard to bring your car home - enjoy it! Make sure to protect it with car insurance. Check out CoverHound to compare rates and find the insurance that fits you and your imported car best.