How Changing Demographics Are Changing The Insurance Industry 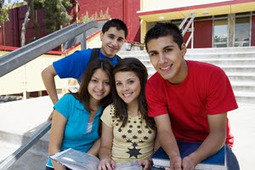 America's population will see many changes in the upcoming years. The baby boomer population is nearing retirement age and millennials are entering the workforce. Traditional family structures are seen less and less each year. Ethnic minority groups are growing and beginning to plant roots in the U.S.

According to Insurance Journal, 22 percent of the population will be 65 or older by 2050. The National Association of Professional Insurance Agents estimated that about 20 percent of families are comprised of two parents and one or more children. This is a much lower number than in past years. Finally, Property Casualty 360 predicted that by 2042, the U.S. will be a majority-minority country, meaning ethnic minorities will account for most of the population. Between 2000 and 2010, 87 percent of the national population growth was comprised of the white Hispanic population.

"Insurers will have to make adjustments to accommodate its ever-changing target market."

The insurance industry has begun to see the effect these changes will bring. However, as time passes, the industry will have to make adjustments to accommodate its ever-changing target market. John Carroll, Allianz Global Investors' head of U.S. retail distribution, explained in a press release that in the past, insurers focused on marketing to older, white males as this demographic was the most likely to purchase their products and services. Today, Carroll explains that this is no longer a best practice. Even this demographic is going to become less traditional in some ways.

"They might have boomerang kids; they might end up in a multigenerational situation; they might have second or even third marriages," Carroll explained. "So their lives are going to change. Some clients will still be traditional but most won't, and advisors need to get used to this."

Auto owners of tomorrow
Insurance Journal found that the number of drivers older than 65 increased by 29 percent between 2010 and 2013. Property Casualty 360 explained that as baby boomers age, more are choosing to delay retirement, meaning many retirement-aged people will still be driving to work. In the past, most car insurance providers could safely assume that as a person got to be 65 or older, he or she would retire and begin to decrease the amount he or she was driving. This is no longer the case.

According to DMV.org, drivers older than 65 will usually see their car insurance rates increase. Decreased vision and cognitive and physical abilities create higher risk factors. However, Insurance Journal explained that new technology, such as back-up cameras and blind-spot warnings, has created a decline in claims made by seniors.

As seniors continue to drive their cars, there are others who are beginning to use less of their own. The Wire explained that between 2012 and 2013, more than 2 million Americans relocated from the suburbs to a city. This resulted in fewer people who need a personal car.

Culture shock
Changing demographics  mean insurers will have to learn about their new audience. As the U.S. ethnic landscape continues to shift, new cultures and ways of thought will enter the market. If insurance companies are going to succeed in attracting new customers, they will need to learn about the ideals that shape the new market.

Conning's report guessed that by 2020, the Hispanic personal lines insurance market will reach $40 billion. Though this market is valuable to insurers, companies will have to prove to this audience that they are an asset to Hispanic families.

How is your insurance company doing in today's changing world? Make sure you have the best renters, homeowners and car insurance for you and your family by comparing rates on CoverHound.com.