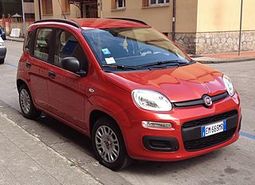 While many people think the type, make, model and color of their car will affect their auto insurance rates, the truth is that it's the size of the vehicle that matters more than many other commonly assumed factors. As Bankrate noted, since small cars get into more accidents, these cars typically have higher insurance premiums. However, almost half of American motorists wrongfully believe that driving a red car will drive up insurance rates. Unfortunately, almost no one realizes that the size of the car has more of an impact on premiums than almost any other non-personal factor.

In fact, some of the least-expensive cars on the market can have the highest insurance premiums. Individuals who think they're getting a great deal on an inexpensive vehicle will soon find out that they're actually paying more cumulatively on the overall cost, since insurance premiums can drive up ownership costs.

Smaller cars, higher rates
Among motorists' common misconceptions, one that makes the round fairly often is that smaller cars are quicker and more nimble, which allows them to avoid more accidents. However, the opposite is actually true, and smaller cars have a statistically higher incidence of being involved in an accident than other, larger vehicles.

"Smaller cars have a statistically higher incident of being involved in an accident."

According to Bankrate, Russ Rader, spokesman for the Insurance Institute for Highway Safety, noted that people who drive cars that can zip in and out of traffic will make the act much more appealing to drivers, who end up engaging in risky driving behaviors like that.

Commonly stolen vehicles
Not only are small, speedy cars the only ones with exceptionally high insurance premiums rates, but commonly stolen vehicles can also lead to pricier insurance premiums. While the Honda Accord is a relatively inexpensive vehicle, it is also the most stolen car in the country. According to the National Insurance Crime Bureau, 51,290 Accords were stolen in 2014, with roughly 7,000 thefts more than the second-most stolen car, the Honda Civic, at 43,936. Due to the high incidence of stolen Accords, this factor drives up insurance premiums for this car, despite its relative safety. Rounding out the top five most-stolen vehicles were the Ford Pickup (full size) at 28,680 thefts, Chevrolet Pickup (full size) at 23,196 and Toyota Camry with 14,605.

Motorists looking to save money on their auto insurance should check out CoverHound's intuitive price comparison website.