How Are Car Insurance Costs Calculated? 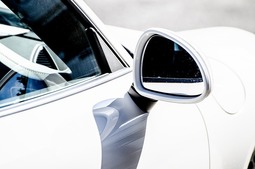 A number of factors go into how the average cost for car insurance is determined. Not necessarily just your vehicle and location, but personal elements you may not have considered such as gender, age and credit score.

Let’s dig into these topics further below:

Location reigns supreme While weather conditions can factor into the average cost for car insurance, densely populated urban areas are notorious for dreadful traffic congestion. Though the climate is often a non-issue in a place like California, the sprawling freeways, gridlocked commutes, and lack of massive public transportation systems lead to hefty premiums. Unlike New York and Chicago, the risk for driving frequently and risking collision is much higher in Los Angeles and San Francisco. Living in a rural town, suburb or smaller city can just about cut your premium in half.

Does your FICO score run your life?
While that is a rather complicated question, the answer when considering your average cost for car insurance is more often than not, yes. A good credit history can persuade a provider to offer you a less expensive premium, as you’ve demonstrated a track record of acting responsibly with your assets.

In love with a convertible roadster? It’ll cost you It is logical to consider that a lower risk vehicle, such as a hybrid wagon, is going to yield a much lower premium than the latest sports car. Budget conscious drivers should keep safety ratings at the top of their list when shopping for a new vehicle.

The gender gap Our detectives here at CoverHound previously discovered that on average, men pay $15,000 more in their lifetime than women, when compared side to side based on age and income. These findings are so significant, they have made national news with CBS Marketwatch and Forbes.

Generally speaking, men tend to be involved in more accidents and drive more recklessly than women. This disparity mellows with age, with risk factors tending to drop for men as they start having families and driving safer vehicles. In fact, it still holds true that drivers under 25 pay higher rates for rental cars, and in some cases are required to prepay a deposit. Often times drivers under 21 have a difficult time simply renting a car. In this case aging, like a fine wine, has its advantages.

One for the record Are you a 23-year-old grad student living in a fraternity house, but tend to drive less like your peers and more like a retiree heading to the golf course? Prove it! Your driving record allows for justice to prevail when it comes to the average cost of car insurance providers will quote you. If your current provider isn’t compensating you adequately for being an upstanding driver, just shop around, there is an insurance company out there that will.

A number of factors go into how your average cost for car insurance is determined, some in your control, and others you just have to deal with. Shop around with CoverHound for better rates from all the top providers. We are here to help make your insurance shopping simple!