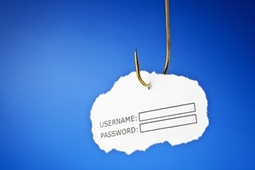 According to the U.S. Bureau of Justice Statistics, 16.6 million people were victims of identity theft in 2012. The FBI defines identity theft as when someone unlawfully obtains another's personal information and uses it to commit theft or fraud. The financial losses from such crimes accounted for $24.7 billion, the BJS said.

Specifically, the BJS said about 7.7 million people reported misuse of credit cards and 7.5 million reported misuse of debit or bank cards, such as stolen funds. Roughly 15.3 million experienced the misuse, or attempted misuse, of an existing account. The BJS identified this as the most common type of identity theft.

Most victims of identity theft were alerted of suspicious account activity from their financial institutions. A majority of victims spent less than one day fixing the problems. While others spent six months or more, according to the BJS. Victims who spent more time fixing problems also suffered severe emotional distress.

As phishing and hacking attacks become more advanced, homeowners might worry about what happens in the event of identity theft. It may not be widely known, but insurance companies typically offer identity theft insurance, available under existing homeowner insurance policies. This policy, along with taking some additional important steps, can reduce the risk of identity theft.

Do not click everything
Phishing is one of the most widely used schemes for identity theft. Attackers usually send emails resembling popular companies, typically alerting users that an account has been compromised and he or she needs to enter information to resolve the matter. At first glance, the emails are nearly identical to legitimate emails. But when looked at carefully, small details such as broken English and misspellings give the attempted attack away. Attacks, however are quite successful, and there are plenty of them, as the Anti-Phishing Working Group discovered 44,212 phishing websites during March 2014.

Microsoft recommended users be extra careful when browsing the Internet and checking emails. For instance, always type Web addresses into the browser or use bookmarked pages. If personal information has to be entered, homeowners should verify websites have the latest security certificates and do not enter information into popup windows. A quick glance at the address bar can reveal if a website is secure: it being secure if https:// is displayed. This signature typically appears when websites handle sensitive information and financial transactions. Users should also not click links embedded in emails nor download suspicious attachments. Email platforms such as Outlook often are built with anti-phishing detection. Finally, users are recommended to always keep their software current with the latest security updates.

Computer protection
There are also certain steps homeowners can take to prevent home computers from falling victim to hacking attempts. These steps are important as attacks are increasingly becoming more sophisticated and can originate from just about anywhere in the world. The FBI advised to always keep computer firewalls activated on computers and routers. Third-party firewall software can also be used as another line of defense.

Depending on the type of computer, homeowners may need to install an antivirus program to prevent malicious programs or code from infecting hard drives. Often, spyware protections come bundled with protection programs. Even though some computer users do not like change, using the latest operating system is essential. New releases often patch security holes that can easily be exploited by online attacks. Lastly, though it may sound like common sense, homeowners should be aware of what they are downloading. Users should not save suspicious email attachments and be wary of downloading programs from non-verifiable developers.

Password protection
Even in 2015, "123456" and "password" are the worst common passwords according to SplashData's annual Worst Passwords list. To better safeguard against identity theft, homeowners need to use stronger passwords. Luckily, password manager programs help create and store complex passwords.

Another form of password protection homeowners should utilize is two-step verification, according to CNET. When trying to log into an email service, not only will the user have to enter his or her normal password, but another password as well, delivered via text message or generated by a dedicated authentication app. This protection also alerts users to every login.

Identity theft is a serious issue that can severely affect homeowners. They are encouraged to look at CoverHound to compare home insurance policies. They may find the right plan that offers identity theft protection.