Highlights From The La Auto Show 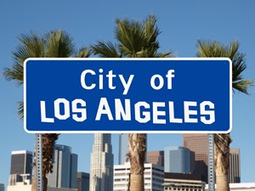 The Los Angeles Auto Show closed out November and this year offered plenty of new options for potential car buyers and auto aficionados. From incorporating more green features to showcasing a slew of debuts and concepts, car lovers of all sorts found something that piqued their interest.

This appeared to be the year of the crossovers, with Cadillac displaying its new XT5 and Range Rover showcasing its latest offering, the Evoque Convertible, the first small luxury SUV convertible. Meanwhile, Jaguar introduced its F-Pace, the company's first foray into SUVs.

Autoblog had several favorites from the plethora of new options showcased at the convention. From fifth to first place, the blog's top five 2017 debuts were the Alfa Romeo Giulia, the Lincoln MKZ, the Honda Civic Coupe, the Mazda CX-9, and earning the top spot, the Fiat 124 Spider. Autoblog praised all of the new offerings' high-horsepower engines, beautiful concepts and excitement. Despite the buzz around green cars, none of those choices made the cut for the industry's blog.

Cutting-edge technology
Among some of the cutting-edge automobile technology on display, Ars Technica highlighted Hyundai's use of augmented reality in its owner's manual, while the BMW 7 Series will now feature wireless smartphone charging and gesture control over some aspects of the car. In addition, Audi's new Q7 SUV includes its multimedia interface and Virtual Cockpit system.

"After being a staple at auto shows, fuel cell vehicles appeared in short supply."

After being a staple at last year's LA Auto Show, as well as the 2015 New York International Auto Show, fuel cell vehicles appeared in short supply this year. One of the very few exceptions to this category was the Honda Clarity Fuel Cell Vehicle. However, according to CleanTechnica, the lack of fuel-cell vehicles seemed to provide more evidence that this type of energy source is not making much progress in the auto world and is still likely to face significant competition from traditional fossil-fuel sources.

A lingering scandal
Despite the new technology and concepts on display, the shadow of Volkswagen's scandal hung over the convention. As CNN noted, German media crews were polling Auto Show attendees and U.S. media outlets about VW's tainted brand and how this will potentially impact German-built competitors, such as BMW, Mercedes Benz and Audi.

Further, only a few short years ago, VW was the recipient of the LA Auto Show's Green Car Award, a prestigious accolade honoring vehicles that incorporate environmentally friendly technologies. The German-based car company received the award for what was then considered ground-breaking diesel technology. In the ensuing time, however, the systems used in the vehicles have been discovered to incorporate software whose sole purpose was to cheat emission tests.

As always, anyone interested in purchasing a new car must have the right type of auto insurance to cover the investment. Find the right car insurance at the lowest price using CoverHound's intuitive online insurance comparison website.